Any renowned movie star can tell you for a fact that there is no height requirement to be popular in Hollywood.

Even the highest-paid Hollywood stars are not categorized in terms of height.

However, there is always an advantage of being either short or tall in this industry.

Most Hollywood actors are of average height. Nevertheless, some of the actors are pretty short, while others are over 6 feet tall.

What is for sure is height isn’t a determinant to success regarding starring in blockbuster films.

Having said that, let us dive in and get to know who is the tallest amongst Hollywood male actors and who is the shortest.

Former fashion model Josh Duhamel comes in with a height of 6 feet 4 inches. He is also a renowned American actor.

Josh Duhamel has made performances in movies and TV shows. His first debut was with the film Win a Date with Tad Hamilton.

Clint is a celebrated actor whose height is 6′ 4″. He rose to fame in the 60s, becoming an international star.

In Hollywood, Clint Eastwood is termed as an iconic actor. His early roles made him one of the most sought-after actors.

One of the male actors to be introduced on our screens is Liam Neeson. Standing at 6’ 4”, Liam Neeson has managed to stand out among all Hollywood actors.

He has established a successful acting career. He has starred in a number of blockbuster movies starting from Star Wars to the Taken trilogy to Non-Stop, The Marksman, among others.

Hawaiian actor Jason Momoa is huge and quite tall, standing at the height of 6′ 4″.

You can remember him from the blockbuster movie Aquaman which was a big hit.

Jason has also taken the role of Khal Drogo in the famous series Game of Thornes.

Swedish actor Alexander Skarsgard stands at 6feet 4 inches tall. Alexander made an appearance as an actor at seven years.

Alexander is quite prominent for his performances in many TV series. You may know him well from The Legend of Tarzan and True Blood.

Interesting facts about Alexander is he has served in the Sweden military. He was assigned to the anti-sabotage and anti-terrorism units.

Ben Affleck stands tall at 6 feet 4 inches. He is one of the celebrated actors in Hollywood.

Ben Affleck is among the highly paid Hollywood actors. Together with Matt Damon, they co-wrote the screenplay for the film Good Will Hunting.

Ben has had performances in many big movies Batman v Superman: Dawn of Justice. He is known to be the ex-husband of Jennifer Garner.

Peter is also a writer and voice artist.  Serafinowicz has starred in some of the biggest movies in Hollywood.

Due to his exceptional acting skills, Serafinowicz has had two BAFTA Awards nominations. He also has six nominations for the Behind the Voice Actors Awards.

Jeff Goldblum is well known for several classic films. What is surprising is he stands at 6 foot 4 1/2 inches tall.

Believed to be a national treasure, Jeff Goldbug is indeed an iconic actor. He has starred in big movies like Independence Day and Jurassic Park.

Many people term Vince as huge. He stands at 6 feet 5 inches.

Vince Vaughn is one of the highest-paid actors globally. He has earned over $15 million per movie in his acting career.

Vince is a familiar face on our TV screens. He is well known for his outstanding acting skills.

Tim Robbins is one of the tallest American actors being 6 feet 5 inches tall. He is also a producer, singer, and screenwriter.

Tim has made it big in Hollywood. He has starred in popular movies like The Player and Bull Durham.

Popular known as The Rock, Dwayne Johnson comes in with the height of 6′ 5″. He is pretty tall, having such big muscles.

Dwayne Johnson, aka The Rock, is a famous WWE wrestler. He has also starred in many blockbuster movies.

Joe Manganiello could be the tallest male Hollywood actor with a height of 6’ 5”.

Joe has been a big hit in Hollywood thanks to his incredible performances.

Some of the biggest films he has featured in include True Blood, Magic Mike, Big Holiday, Magic Mike XXL, amongst others.

Tyler Perry comes in as equally tall as Joe Manganiello, having the same height of 6′ 5″.

You may know him very well from his female character Madea from all the Tyler Perry films.

As you will note, Tyler Perry is not only an actor but writer and director of his film series.

John Corbett’s height is 6’ 5”. He is popularly known for his role in the comedy series, The Sex and The City.

John’s breakthrough was with the comedy-drama Northern Exposure. Ever since he has starred in various movies and TV series.

Brad Garrett could be the tallest make actor in Hollywood. He is exceptionally tall at 6 feet 8 inches.

You may know Brad quite well from the TV show Everybody Loves Raymond. He is a celebrated stand-up comedian and an expert poker player.

It does not matter in Hollywood if you are tall or short. What matters is your ability to woo the fans due to your exceptional acting skills.

In short, it’s confidence! You may have noticed that the shortest actor in Hollywood does not sell himself short.

Height is not the ladder to success in Hollywood; rather, it is maximizing your skills to give a fantastic performance.

Such will leave a permanent impression on the audience and filmmakers. 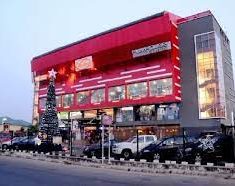 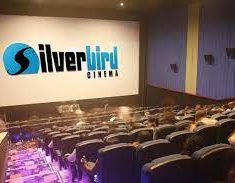