The majority of us may have first seen Adam Faison, a 32-year-old American actor, in “Everything’s Gonna Be Okay,” one of his most well-known roles. Adam Faison was born on May 14, 1990.

Faison has been working in the business for more than ten years, but he has only recently started to reveal himself as an actor. Adam has excelled both in front of and behind the camera. He is obtaining various parts in movies and television shows, and because to his developing abilities and aptitude, he was given the opportunity to play Colin in the next “Hellraiser” movie on Hulu.

Adam Faison was born on May 14, 1990, into a military family. While growing up in southern California, he observed his father, Marcus J. Faison, a Black Marine veteran who committed his life to serving the country; after a distinguished career in the military, he left a lasting influence.

While his spouse was away at war, his mother Elizabeth O. Faison supported and cared for both of her sons; Adam’s older brother Marcus J. Faison Jr. followed in his father’s footsteps by enlisting in the air force.

Adam experienced some difficulty at first because he was the only one to take a different path and did not come from a film background. He was shy and anxious about his appearance, but he eventually overcame these issues to pursue his passion.

Adam’s first acting experience came at the age of five when he took part in a local production of “Joseph and the Amazing Technicolor Dreamcoat.” This event had a big impact on Adam’s life and led him to choose acting as a vocation.

Faison attended Poway High School, where he was involved in theater productions, Best Buddies International, and volunteer work. He also displayed his leadership skills by founding the Secret Society of Spirited Individuals.

He enrolled at Carolyne Barry Creative Studios in the hopes of learning the Meisner Technique, and his hunger for knowledge never subsided as he eventually joined Stuart K Robinson Creative.

To comprehend commercial and on-camera approaches and to become an expert in each, Stuart K. Robinson Creative.

Faison went to Stan Kirsch Studios and Chris Game Casting. After completing his higher education at Pomona College, he enrolled at Pitzer College, where he majored in media studies (with a focus on video production) and theater. He was also a prominent member of the college’s theatre and media studies departments.

In addition, he performed in a number of plays, including “The Lyric Project,” “How the Grinch stole Christmas,” “Hamlet,” and “The Basement.”

You may also like to know about: Jessica Lowe Wiki, Age, Bio, Birthday, Salary, …

One of the things that fans care about the most is the physical condition of celebrities. Their height, weight, and eye color have always lagged behind others in terms of beauty. We are conscious of it. He measures nearly 178 cm. The weight is roughly 72 kg. The most recent weight is available here. The weight fluctuates from time to time. The eyes are light brown, and the hair is dark black.

Since 2007, Adam Faison has worked a variety of 9 to 5 jobs to support himself before deciding to pursue acting full-time and also started out as a preschool assistant at Nierman and spent five years there as well as working part-time as a field marketing assistant before starting work behind the camera as a production intern for N.B.C. Universal, where he eventually became their media and talent relations intern.

Adam returned to Pitzer College, this time as an assistant dean of faculty; he worked there for three years before moving on to work as a host, director, and producer for CCTV News and also worked a few more jobs before joining the Abrams Artists Agency, where he received his first on-screen role in the television series “Wildcardz,” as well as a few smaller parts in subsequent productions such as “The Champion,” “The Coroner: I Speak for the Dead,”

Faison signed on for a recurring part in “Liberty Crossing” in the year 2018, which helped people start to notice his genuine skill. From there, he went on to star in “Agents of S.H.I.E.L.D.” as Teenage Jasper Sitwell, a role for which he received accolades.

The role of Spencer in the movie “Daphne & Velma” launched this young actor’s career. From there, he went on to appear in movies like “Keep Hope Alive,” “Yes Day,” and television series like “Friend Request,” “Into The Dark,” and his most well-known, “Everything’s Gonna Be Okay.” He also has two significant upcoming films: “Howdy, Neighbor!” and “Sweet Dreams.”

Do you know how much money Adam Faison makes?

We are all aware that a person’s income and possessions fluctuate. You may see the most recent information about salary and assets in the table below. Adam Faison has a  1.87 Million USD net worth.

Adam Faison works as a market official, but just for the ladies because he has come out as gay and only finds attraction in guys. Although he hasn’t yet been romantically involved with anyone, Antonio Morales, a designer and illustrator, may be seen hanging out with him on Antonio’s Instagram.

They frequently appear together in public and encourage one another’s endeavors.

How old is Adam Faison?

Who portrays Colin in the movie Hellraiser?

How tall is Adam Faison?

How much money does Adam Faison make? 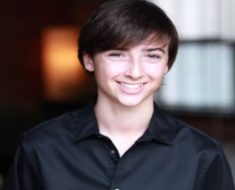 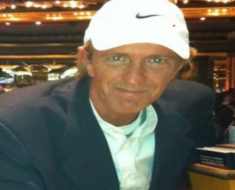 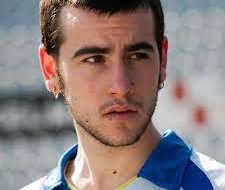 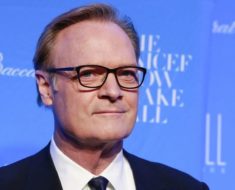 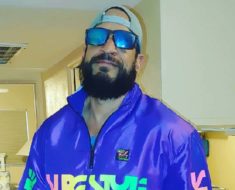 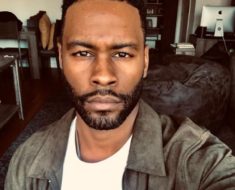