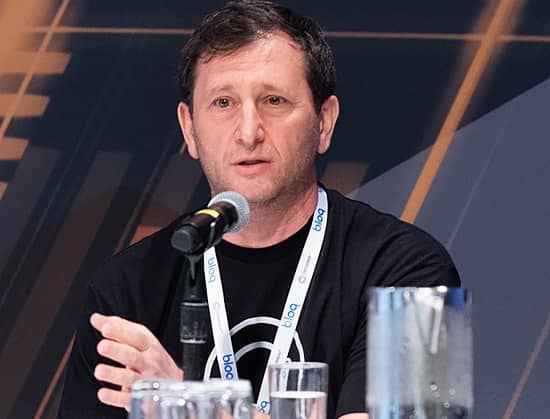 This degree of success was not at all easy for Alex Mashinsky (born on October 5, 1965), a well-known name in the start-up and unicorn industries. Mashinsky has faced his fair share of challenges, but his perseverance and hard work have helped him to become the person he is today.

Alex Mashinsky, the founder and managing partner of Governing Dynamics,

Mashinsky name is making headlines not because of a new partnership or business endeavour, but rather because he resigned from his position as CEO of the defunct cryptocurrency lender Celsius Network. Alex Mashinsky officially announced his resignation to the company’s board of directors on Tuesday, September 27, 2022. He pledged to continue working with the business to get the best result for all creditors and expressed remorse that serving as CEO had been such a “distraction.”

He was in charge of a string of bad trades that happened in the beginning of 2022 that contributed to the demise of the cryptocurrency lender, Celsius. Celsius was one of the biggest cryptocurrency lenders and the first to halt user withdrawals as the markets started to crash. On June 12, 2022, after a month of silence, the company filed for Chapter 11 bankruptcy protection, revealing a 1.2 billion dollar hole in their balance sheet.

The reason for the bankruptcy was hurriedly repaying Defi loans in order to keep them from being liquidated for more than $440 million; three days later, Alex Mashinsky announced his resignation. However, the company retrieved the money and paid back the entire amount.

There are reports that Celsius has been secretly unable to pay debts since 2019, but Alex had made false and misleading statements to exaggerate the firm’s financial health. Since that time, the company has been granted permission to sell its mined Bitcoins, and they are undoubtedly operating at a loss, but creditors are trying to regroup and cut their losses.

Alex Mashinsky was born on October 5, 1965, and was raised in the USSR, a communist nation at the time. He witnessed firsthand the hardships endured by his parents; despite the fact that both of them worked, there was a constant worry about running out of food, and there were times when they would stand in line for food only to find that there was nothing left when their turn came.

His first seven years of existence were spent in this manner. His family’s decision to go to Israel in the 1970s, where the Arab-Israel War was raging and recruiters were actively seeking adults over the age of 18 to fight, made matters worse.

When the time came, Alex was summoned to service and saw and experienced things he could never have imagined, but he continued on and made it through. He studied at many universities while he was in Israel and also enrolled at The Open University of Israel, where he majored in electrical engineering but regrettably did not finish.

Alex had the opportunity to leave Israel in the 1980s; with just a few dollars, he boarded a flight for New York and never looked back. Alex pursued additional study at Tel Aviv University, where he earned a Bachelor of Science in Economics before starting his own business.

Mashinsky relocated to New York and started working in a variety of industries, frequently concentrating on popular technologies; he has, however, a propensity to leave companies after a period of conflict or tension; initially, he started a business trading contract for the delivery of chemicals like urea, gold, and sodium cyanide; however, this came to an end after the 1989 Tiananmen Square protests as sodium cyanide exports from China were halted.

Later, Alex founded Comgates, a soft switch vendor that was later acquired by Telco Systems. He worked for A+ Systems, a provider of computer-based voicemail software for phone carriers, for six years before moving on to develop Elematics, another multi-vendor control panel software, for three years.

When Mashinsky launched Arbinet in 1996, it opened up a vast commercial potential for him,

Arbinet became the most well-known exchange service in the telecom sector, the first to permit telecommunication companies to trade minutes, and it processed more than 20 billion transactions annually.

They subsequently merged with Primus in 2011; Alex started investing in businesses like Sphere, Dubset Media Holdings, Inc., and was a YPO member; he later sold his shares at Arbinet to launch GroundLink; this app allowed people to book a limousine and car service from a smartphone or computer.

He came up with this idea after booking a car for himself and his wife that failed to pick them up, as well as for a business associate he was trying to impress. This Alex next started working on Transit Wireless.

With the help of this $1 billion company, 8.5 million daily commuters in New York City’s 300 subway stations now have access to 4G and WiFi. By 2010, his company had contracts to build the service at 277 underground subway stations as well. After that, he joined as CEO of Celsius Network.

This cryptocurrency wallet provided interest on the top 20 blockchain coins for five years before leaving to become the managing partner of Governing Dynamics.

You may also like to know about: Katie Brueckner

Who is the wife of Alex Mashinsky?

Alex Mashinsky and his wife, Krissy, have a happy marriage. Krissy works in the blockchain and cryptocurrency industries and is quite active on social media, where she publishes images of her family vacations, dinners, and festivals. Their youngest child, Ethan, is one of six children they had together, including three daughters, Natalie and Makenzie Moen, and three sons, David.

How old is Alex Mashinsky?

Why is Alex Mashinsky receiving so much attention?

How much money does Alex Mashinsky make?

Who is the spouse of Alex Mashinsky?

What is the height of Alex Mashinsky?