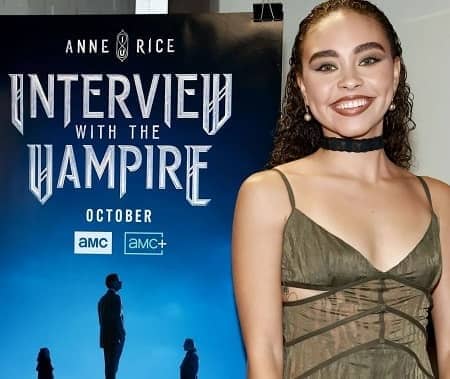 Bailey Bass, an American actress who turned 19 on June 18, 2003, has worked on a number of high-profile films despite her short career in the field.

Bass plays a significant part in the “Avatar” sequels that will be released in the next years; her character Tsireya, who is a new face on the film sets, has already generated buzz.

Along with Zoe Saldana, Kate Winslet, Michelle Yeoh, and Sam Worthington from the main cast of Avatar, Bailey will also make an appearance in the film. In addition, Bass is garnering attention for the intriguing series “Interview with the Vampire,” and it is obvious that she is on a roll that isn’t about to end any time soon. Learn more about this upcoming star and her next acting roles.

Who are the parents of Bailey Bass?

Bailey Bass was born on June 18, 2003, and was raised in Los Angeles, California, in the United States. She was introduced to modeling at the age of two by her mother, Alesya Ignatieva, a consultant for Rodan+Fields. People were always complimenting Bailey’s looks as a baby because she had a head full of curly brown hair and big green eyes. People couldn’t stop staring at her when she strolled around the neighborhood and even in grocery stores.

Thanks to modeling as a child, Bailey grew up loving the art of performing and went on to study theater at the I.S 98 The Bay Academy in Brooklyn, New York, where she presently works with Talent 3 Agency. Bailey is forever grateful for her mother’s endeavor to get her into the entertainment field. Elijah Bass, her younger brother, is just starting his modeling career; both of them will eventually become well-known.

This American actress has a height measurement standing at 5 feet 5 inches tall. For now, her weight information is yet to be disclosed.

She booked her first commercial at the age of 5, and appearing in front of the camera at the age of 2 did pay off and boost her confidence. At the age of 10, Bailey booked her first short film, “Moon and Sun,” in which she played the role of Essence. Three years later, Bailey was signed in James Cameron’s sequel to “Avatar,” while most teenagers were getting ready for prom, Bass was filming.

Additionally, Bass appeared as a guest performer in an episode of “Law & Order: Special Victims Unit” and appeared in two films, “The Jenkins Family Christmas” and “Psycho Sweet 16,” in which she portrayed the major role of Dylan.

There will be three upcoming sequels to “Avatar,” the most recent of which is “Avatar: The Way of Water.” The other two are still to be determined, but it is known that Bailey will appear in all three of them. She will explore the planet of Pandora in these films, making it one of her most important roles to date. This is just the start of a long and successful career for Bailey.

Bass also stars in the eagerly anticipated series “Interview with the Vampire” as Claudia; as the title suggests, it is about vampires and is based on Anne Rice’s renowned novel of the same name. She is also a part of the series “At That Age” as Kendall Cooper; it is still in the pre-production stage but is sure to be a hit as well.

You may also like to know about: Ezra Elliott

Bailey Bass is well-known for her diversity in terms of acting and creative skills, and as a result, she has amassed a significant amount of wealth. But for the time being, her net worth is 987.67 K USD.

What age is Bailey Bass?

Who is Claudia in the movie Interview with a Vampire?

In Avatar: The Way of Water, who is Tsireya?

Which height does Bailey Bass have?

Does Bailey Bass have a significant other?