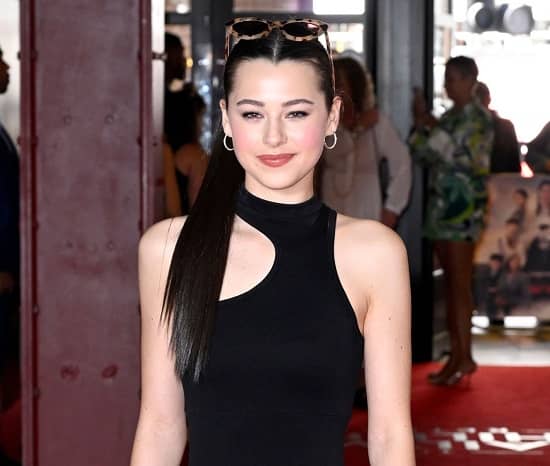 Beau Gadsdon, a 14-year-old up-and-coming actress who was born on July 19, 2008, has drawn a lot of notice for her high-profile role. She has done it everything, from performing on stage in front of the camera to modeling; bringing such a strong presence to the screen at such a young age is quite astounding.

There is nothing Beau Gadson hasn’t accomplished, and she recently showcased her skills as Lily in the family film “The Railway Children Return” in 2022. However, Gadsdon won’t just become a household name after appearing in the high-profile action & adventure series “Treason,” as her notoriety is rising by the day. Take some time to get to know this burgeoning artist.

Beau Gadsdon was born on July 19, 2008, in England into a loving and supportive family; little is known about her parents, but she never forgets to express her gratitude for the love and support they have shown to all of their children; Beau also has a younger sister named Dolly Gadsdon, who works in the film industry; both of them are gifted young people; and a brother named Dylan Gadsdon. The three of them went to Skellern School, which focuses on teaching chi gung

Beau started her professional career in modeling before transitioning to acting. She subsequently did TV commercials; her most notable role was Rose in Mulberry Christmas, a two-part film in which she also participated in another Christmas Campaign for SkyCinema.

Gadsdon began acting along with her sister. They were both found by casting director Jina Jay, who luckily also gave them their first role in the movie “Rogue One: A Star Wars Story,” where they both played Young Jyn. They quickly won over the audience and received a lot of praise from Felicity Jones for how much they resembled the young Felicity.

She went on to star in the short film “Salt” and appeared in the entertaining music video for the song “Kiwi,” which was written and performed by none other than Harry Styles. She gradually gained notoriety and appeared in a few small roles here and there, including “Genius,” “The Girl in the Spider’s Web,” and “The Crown,” where she played Young Princess Margaret.

Gadsdon won everyone over with her exceptional performance, landing her greater and more deserving jobs. In addition to producing back-to-back high-budget television shows including “Quiz,” “The Duchess,” “Domina,” and “The Baby,” she also had her first theatrical production in 2018 with “Stories,” which was directed by Nina Raine and debuted at The National Theatre in London to resounding acclaim.

You may also like to know about: Zolee Griggs

When was Beau Gadsdon born?

Who is Lily, the character, in Railway Children?

What is the height of Beau Gadsdon?

How much money does Beau Gadsdon make?