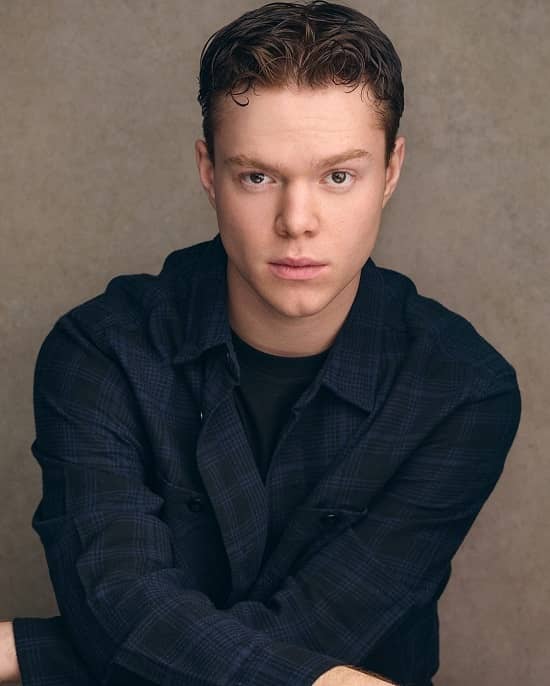 Ben Joyce, a British actor and musician who was born in 2000, is best known for playing Frankie Valli in the Olivier and Grammy Award-winning West End production of “Jersey Boys.”

Who is Ben Joyce?

Ben had the opportunity to perform for the production at Trafalgar Theatre, and when his agent Jorg Betts Associates told him about the audition for “Jersey Boys,” he was given the chance to play his dream role of “Frankie Valli.”

According to Ben in an interview with  Theatreweekly, “when I found the audition, I was a little surprised; I never actually expected to be up for Frankie,” he says, “so I didn’t really expect much to come of it, but I knew I could give it my best shot,” but since playing the role of Frankie, his life completely changed.

What is the age of Ben Joyce?

Ben Joyce (age 22) was born to white parents in Swansea, Wales, in the year 2000. He told The UP Coming in an interview that he started going to the theater when he was nine years old. He thereafter joined regional musical theater ensembles and honed his craft.

Prior to that, he used to sing alongside his mother and maternal grandfather, which was the main inspiration behind his decision to pursue acting.

He continued performing stage concerts for years, but he only did it for fun and not for business. He saw the West End performance of “Jersey Boys” in 2014, which encouraged him to concentrate more on acting.

Who is the girlfriend of actor Ben Joyce?

Amber Davies admitted to dating Joyce in a 2022 interview with Lorraine. Yes, you read that right: Ben is dating the “Love Island” contestant. Amber admitted to the interviewer that she had intended to remain unmarried for some time following her breakup with her ex, but while working on Back To The Future Musical, she fell in love with the Welsh musician. On September 24, the stunning couple also went to the The Stage UK Debut Award ceremony.

You may also like to know about: Elliott Tittensor

What is the profession of Ben Joyce?

With time, Joyce’s love of the theater grew to be an integral part of his life, and he began devoting the majority of his time to it. After attending Mountainview Drama School, he earned a bachelor’s degree in fine arts with a concentration in acting.

Ben first saw Jersey Boys when he was 14 years old, and he thought Frankie Valli’s performance was the most stunning. Years later, he had the opportunity to reprise the part in Jersey Boys Musical at the Trafalgar Theatre. Along with other shows, Joyce contributed to the Back to the Future Musical.

Although it hasn’t been confirmed, there’s a chance that Ben will soon make his TV debut.

Ques: Who is the new boyfriend of Amber Davies?

Ques: What is the age of Ben Joyce?

Ques: When was Ben Joyce born?

Ques: From where is Ben Joyce?