Rocco DiSpirito is an American James Beard award-winning chef, healthy lifestyle crusader, and a highly acclaimed author of thirteen books; including five New York Times bestsellers. He is best known as a celebrity chef and a cookbook author.

DiSpirito is recognized for his inspiring weight loss journey and has dedicated his life to proving that healthy and delicious are not mutually exclusive.

He is known for his Italian-American cuisine and his innovative fusion cooking. He performed a public service announcement for Do Something to promote food drives for schools in 2006.

He also appeared as himself on the ABC television series Castle in the episode “Food to Die For” on May 3, 2010. He then debuted as host of a weekly reality TV cooking competition, titled Rocco’s Dinner Party, on Bravo TV on June 15, 2011. He appeared as a celebrity contestant on the June 21, 2012, episode of the Fox dating game show The Choice.

Rocco was previously married to Natalie David. Following their divorce in 2000, neither Rocco nor Natalie has talked about what led to failing of their marriage. After his divorce, Rocco was allegedly dating Italian actress, Yvonne Scio. The couple got engaged but they later split in 2004.

In 2006, DiSpirito was linked to be dating CNN host Whitney Casey but none of the two revealed much about the relationship.

DiSpirito is best known for his involvement in Union Pacific, a restaurant he opened in 1997 in the Gramercy Park section of Manhattan.

New York Times reviewer Ruth Reichl, in an ecstatic three-star review, reported that a woman at the next table was moaning in uncontrollable ecstasy as she ate but it was then impossible to determine what dish had provoked that reaction, since just about every entree was worthy of such moans. He departed Union Pacific in 2004.

DiSpirito starred in the NBC reality television show The Restaurant, which followed the launch and operation of a new Manhattan restaurant called Rocco’s on 22nd from 2003 to 2004. The Restaurant was canceled and she was successfully sued by the restaurant’s financier Jeffrey Chodorow to have the restaurant shut down and DiSpirito banned from entering the premises.

He succeeded Arthur Schwartz as host of Food Talk, an hour-long morning talk show on New York Radio WOR (AM), from October 2004 through December 2005, and then hosted 12 episodes of the TV show Rocco Gets Real on A&E (October 4 through December 27, 2008).

DiSpirito was also featured in a Lincoln MKX commercial and the ABC sitcom The Knights of Prosperity, and was a guest judge on Bravo’s Top Chef. She returned in the Top Chef season three finale (Top Chef: Miami) — in which three celebrity chefs were brought to work as sous chefs to the contestants, with DiSpirito assisting Hung Huynh — and was a guest judge on the March 14, 2008 Top Chef season four premiere (Top Chef: Chicago).

DiSpirito appeared on NBC’s The Biggest Loser: Couples (season 5) in an episode that aired on February 5, 2008 (episode 506). In the episode, contestants were challenged to prepare three healthy courses based on DiSpirito’s recipes; DiSpirito judged the food and determined the winning team. The next season he appeared on the second episode (airing September 23, 2008) of The Biggest Loser: Families, taking the “worst” cook of each pair shopping and teaching them to prepare healthy recipes.

Since September 15, 2012, he hosts the syndicated television program Now Eat This! with Rocco Dispirito. On the show, he challenges families and individuals to make over their diets and adopt a healthier lifestyle.

He was also a contestant on season seven of Dancing With The Stars and was paired with professional ballroom dancer Karina Smirnoff. DiSpirito was eliminated on the October 14, 2008, episode and placed ninth overall.

Rocco’s salary is not yet revealed.

Being one of the most popular celebrity TV chefs, DiSpirito has an estimated net worth of $9 million.

Some of DiSpirito’s recipes include:

Blue cheese has gained traction lately because its rich, creamy texture and tangy taste are fabulous. This is no lean cheese, but thankfully, Chef Rocco DiSpirito offers a healthy version of this delectable topping.

In a large bowl, whisk together the mayonnaise, sour cream, buttermilk, lemon juice, garlic paste, Worcestershire sauce, and blue cheese. Season with salt and pepper to taste. Store in a covered container in the refrigerator for up to 3 days.

Preheat the oven to 450°F. Place a wire rack on a foil-lined baking sheet, and set it aside. Put the flour in a shallow dish. Put the panko in another shallow dish. In a medium bowl, whip the egg whites with a whisk until they are extremely foamy but not quite holding peaks.

Working in batches, dredge the chicken tenders in the flour, shaking off any excess. Add the chicken to the egg whites and toss to coat them completely. Add the chicken, a few pieces at a time, to the bowl of panko and coat completely. Spread the chicken out on the wire rack. Season the chicken well with salt and pepper, and spray it lightly with cooking spray. Bake the tenders until the breading is golden and crispy and the chicken is cooked through, about 14 minutes.

Place the chicken stock, onion, garlic, and parsley in a blender or food processor and puree.

Combine with hands until mixture is uniform, do not overmix.

Put a little olive oil on your hands and form mixture into balls a little larger than golf balls.

Add the meatballs to the pan, working in batches if necessary, and brown meatballs, turning once.

This should take about 10-15 minutes.

While meatballs are browning, heat the marinara sauce in a large pot.

Transfer the meatballs to the pot with the marinara sauce and simmer for one hour.

Serve alone or over your favorite pasta 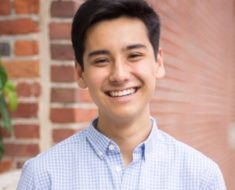 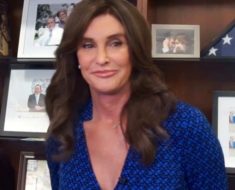 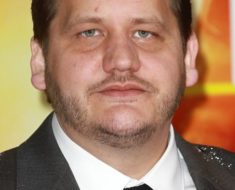 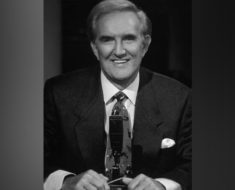