A professional NBA player for the Toronto Raptors, Chris Boucher. Basketball player who is Canadian and Saint Lucian had an amazing road to get where he is now.

On a Caribbean island back then, Chris was a joyful child who adored going to the beach and climbing coconut trees. But when he made the decision to go to Montreal with his mother, his life changed.

But when you put in the effort, miracles can happen. Chris registered for a basketball website, but he never received a response. Perhaps he had even forgotten about it.

However, Chris was discovered by the coaches, and he was offered the chance of a lifetime to enroll in Alma Academy, where he had the best chance to realize his dream of being a professional basketball player.

Chris Boucher, who was born on January 11th, 1993, was raised in the Caribbean.

With his mother Mary McVane, he visited his Canadian father Jean-Guy Boucher when he was five years old in Montreal, Canada.

He moved in with her mother there. Later on, his parents welcomed Christel and Maxime Boucher into the family.

However, after her mother split from his father, things were difficult.

At the age of 16, Boucher left high school. To help his family, he began working as a chef and dishwasher in a restaurant in St. Hubert.

Most people his age at the time were getting ready for their bright futures by taking college entrance examinations. Chris, though, spent the most of his time at work, and he detested it.

Chris had no hope for the future and even questioned how he got to be that way.

The Hope Found Through Basketball

One of Boucher’s few sources of happiness was basketball. Although he was unable to participate in organized basketball at his school, the small alleys served as his court and the neighborhood youngsters served as his team.

He gradually gained the confidence and skill to play pickup games with strangers. Though he had no idea how to get started, he wanted to play professionally.

But he wanted to take every action possible. As a result, he registered on a local basketball website with the information that he was 6 feet 8 inches tall and that his name was Chris Boucher.

Although the profile contained no other information, his height stood out, and the coaches debated whether it was his true height or a typo.

Igor Rwigema and Appiah, the coaches, went to check on Chris Boucher. The instructors seen him playing with the kids and realized they wanted to assist this young person in discovering his dream.

Chris wasn’t enrolled in school and had never participated in a basketball league. This man appeared to have no future at all.

A Golden Ticket to a Brighter Future

Rwigema and Appiah were creating a program that would bring aspiring basketball players from underprivileged backgrounds in a learning environment in Alma, Quebec, at the time.

Alma Academy was established as a result to give young, brilliant people hope. A program for men with the potential but no other options, like Chris.

Boucher was presented with a fantastic opportunity to join the program by Rwigema and Appiah. Chris, who had nothing to lose, agreed right away, but he couldn’t afford to leave his family behind.

Chris’ mother gave her approval after being persuaded by the coaches that going with them was the best option for the native of Montreal to have a better future. However, his father showed no concern at all.

Chris was prepared to go forward in his life after learning this.

Grooming to be a Basketball Player

Boucher first had a hard time adjusting to Alma’s way of doing things. It took some time for the idea of breakfast, lunch, and dinner as well as the stringent schoolwork and basketball practice schedule to settle in.

Boucher was additionally homesick. His mother and sister were both missed. He was building a family far from home, though, who saw him as more than simply a failing adolescent but also as a future basketball player.

Boucher was afraid to relocate to New Mexico because he had just gotten used to life at Alma. But he was adamant. His journey to play basketball at New Mexico Junior College thus began.

In his debut season, Chris Boucher at New Mexico Junior College had an 11.9 point and 6.7 rebound average.

A 31-5 record and the NJCAA Player of the Year award followed his transfer to Northwest College in Powell, Wyoming.

Boucher also switched to Oregon after seeing a few institutions. Over TCU, Minnesota, and Texas Tech, he chose Oregon.

Although Boucher’s height and extreme thinness initially alarmed Ducks Coach, his intensity eventually won him over.

On November 16, 2015, he played Baylor’s Rico Gathers in his second game as a Duck and recorded 15 points and 8 rebounds. He broke the Oregon single-season block record with 110 blocks.

In the Ducks’ 80-68 loss to Oklahoma in the NCAA Tournament Elite Eight, Boucher had 14 points, ten rebounds, and two steals.

After the 2015–16 season, Boucher was also given a hardship waiver, enabling him to play for one more season and complete his sociology degree.

During his two seasons with the Ducks, he scored 12.0 points and grabbed 6.8 rebounds a game. As a senior, he was selected for the Pac-12 Defensive Team.

However, a rival player landed awkwardly on Boucher’s leg during the Pac-12 Tournament semifinals against California, tearing his ACL, and he was ruled out for the remainder of the season.

Due to his injury, Chris Boucher was never selected by the NBA. However, the Golden State Warriors signed him to a two-way contract.

One of the first athletes to register for the NBA’s new two-way contract rule that season was Boucher.

The Saint Lucian athlete made his NBA debut on March 14, 2018, with the Golden State Warriors after fully recuperating from the ACL injury. He attempted one three-point shot and grabbed one rebound in a fantastic first game.

Boucher also competed for the Warriors, who won the 2018 NBA Finals by defeating the Cleveland Cavaliers in four games.

But he was unable to take part in the playoffs because of his contract.

On June 22, 2018, Boucher’s agreement with the Golden State Warriors came to an end.

On July 20, 2018, Boucher agreed to a free agent deal with the Toronto Raptors worth $2 million over two years. Later, the agreement was changed to a two-way NBA contract.

He also went on to win the G League’s 2018–19 awards for Defensive Player of the Year and Most Valuable Player.

As a result, he became the first player to win the league MVP award and the MVP of both awards at the same time. He was also selected for the NBA G League All-Stars’ first team.

Furthermore, Boucher won the NBA title with the lone Canadian team in the league, making him the first and only Canadian player to do so.

Boucher is one of the appealing players that any organization would like to add to their roster, speaking of his present play. He is regarded as one of the team’s top rebounders.

What is the Relationship status of Chris Boucher?

Unfortunately, there is no information available regarding Chris Boucher’s romantic relationship status or girlfriend.

He is also not said to have any extramarital encounters. He thus has a link with his basketball career at the moment.

How was the Networth value of Chris Boucher?

Chhris Boucher is thought to have a net worth of $6.5 million (as of 2022). He acquired his wealth while playing professionally in the NBA.

According to hoopshype.com, Chris’s initial salary with the Golden State Warriors was $77,250. He later agreed to a two-year, $2 million contract with the Toronto Raptors.

Chris makes money via sponsorships and brand endorsements in addition to this. For instance, the Saint Lucian player represents the Slim Jim brand of snacks. Instagram presence 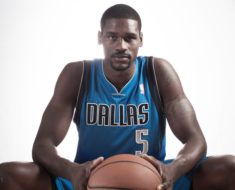 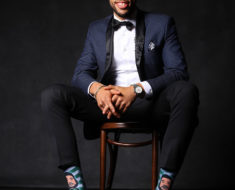 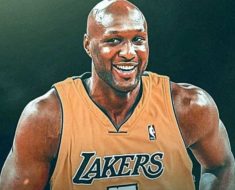 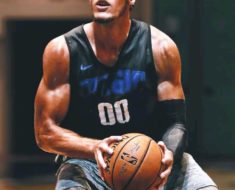 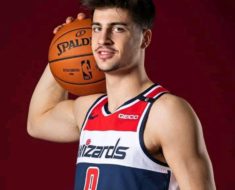 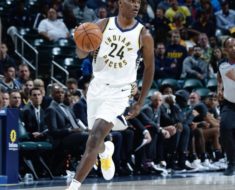