David Dobrik is a Slovakian YouTuber. David Dobrik began his career as a Viner and is now a well-known YouTuber, voice actor, host, presenter, and media star turned celebrity in the United States.

How old is David Dobrik?

David Dobrik was born on July 23, 1996, in Kosice, Slovakia. In 2019, he will be 23 years old. At the age of six, his family relocated to Vernon Hills, Illinois, in the United States. Similarly, he was involved with Deferred Action for Childhood Arrivals (DACA), which is an American immigration policy that protects immigrant children and assists them in becoming citizens of the United States.

David has not mentioned his mother’s name, and his father’s name is Pavo Dobrik. Despite this, he frequently includes his parents in his videos. Likewise, he has three siblings: Ester (younger sister), Sara (younger sister), and Toby (younger brother). In addition to English, David is fluent in Slovak and Hungarian.

David Dobrik went to Vernon Hills High School. He played tennis there and qualified for the 2014 Boys Tennis State Tournament. He also finished third in the doubles tournaments in this competition. In addition, after graduating from high school, David relocated to Los Angeles. He relocated to pursue his Viner career.

How much is David Dobrik Net Worth?

David made a good living from his YouTube videos. His collaborations and direct sponsorships with various brands also contribute to his net worth. Similarly, his luxurious home in the California hills contributes to his net worth. He bought the house in 2017, and it was built in the 1950s. David’s net worth is estimated to be $7 million as of 2019.

Achievements and Awards of David Dobrik

David has received a number of awards and honorable opportunities as an active young Youtuber. PAPER magazine named him one of the 10 Social Media Personalities Making the Most Noise in 2018. Similarly, David was named to Variety magazine’s Power of Young Hollywood list in August 2019.

Furthermore, David was featured in W magazine alongside other celebrities for creating a separate Instagram account and dedicating it to posting photos taken with disposable cameras or films. In November 2019, People named him the Sexiest Heartthrob.

David has also co-hosted and judged several TV shows and awards. He co-hosted the Teen Choice Awards 2019 and was a presenter at the American Music Awards 2019. Similarly, David was a judge on America’s Most Musical Family and a guest judge on Chopped Junior Season 9.

Since 2017, Dobrik has received a total of 13 awards at various events, including titles such as Vlogger of the Year, Breakout Creator, Best Podcast, Choice YouTuber, Social Star, Ensemble Cast, and many more.

Is David Dobrik Dating his Girlfriend?

David Dobrik is most likely single at the moment. He is currently focused on his career and is not involved in any other relationships.

He was previously in a romantic relationship with Liza Koshy from 2015 to 2018. Furthermore, on 15 May 2019, David legally married Jason Nash’s mother, Lorraine Nash, for the sole purpose of filming their videos. On June 12, 2019, they decided to end their relationship after a month of marriage. As a result, the divorce divorced in November of the same year.

How tall is David Dobrik?

David Dobrik is 5’10” tall and weighs around 75 kg. Similarly, he has dark brown hair and brown eyes. Similarly, he wears shoe sizes 10.5 according to US standards. Other details, such as his biceps, chest-waist-hip ratio, and so on, are not provided. 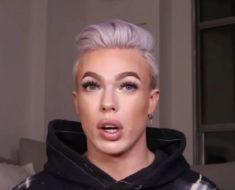 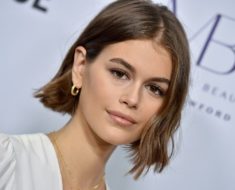 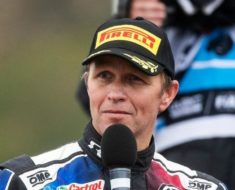 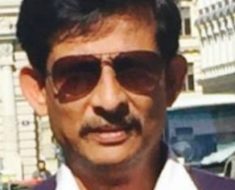 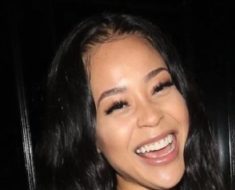 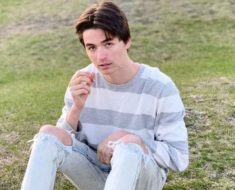