East African Breweries Ltd (EABL) is East Africa’s leading branded alcohol beverage business with an outstanding collection of brands that range from beer, spirits and adult non alcoholic drinks (ANADs) reaffirming our standing as a total adult beverage (TAB) company. With breweries, distilleries, support industries and a distribution network across the region, the group’s diversity is an important factor in delivering the highest quality brands to East African consumers and long-term value to East African investors.

As a consumer driven business EABL takes time to study the market and understand consumer needs and wants as well as how best to satisfy them. That is why we constantly invest in innovating and renovating our brands to stay at par with dynamic consumer trends. This goes hand in hand with our Vision to be the most celebrated business in Eastern Africa.
Tusker is the main brand of East African Breweries with over 30% of the Kenyan beer market selling more than 700,000 hectolitres per year. Tusker is also the largest African beer brand in the Diageo group. It is a 4.2% ABV pale lager. The brand was first marketed in 1923, shortly after the founder of Kenya Breweries Ltd, George Hurst, was killed by an elephant during a hunting accident. His remaining founder and brother Charles decided to name the company’s first ever lager, Tusker, since large, male elephants indigenous to East Africa, were called tuskers. It was in this year that the elephant logo, that is synonymous with Tusker Lager, was incorporated. The slogan “Bia Yangu, Nchi Yangu”, means “My Beer, My Country” in Swahili.

In early 2008, the UK supermarket chain Tesco began selling Tusker, followed soon after by Sainsbury’s. The company also makes Uganda Waragi, a 40% ABV brand of waragi, a traditional Ugandan liquor, and the leading branded distilled beverage in Uganda. It is triple distilled and made from millet. It is known in Uganda as “the Spirit of Uganda”. The main markets include other African countries such as Rwanda, the Democratic Republic of Congo and Sudan. In 1965, “The Enguli Act” decreed that distillation would only be legal under license, and distillers should sell to the parastatal Uganda Distilleries Limited, which produced a branded bottled product, marketed under the name Uganda Waragi.

KBL has been a leading brewer in Kenya since it began operations in 1922. The KBL Brewery is located in Ruaraka, near the capital Nairobi. This state-of-the-art facility has generated major savings in cost of production as well as improving quality. Key brands include: Tusker Lager which is the flagship brand, Tusker Malt Lager, Pilsner, White Cap, White Cap Light, Senator, Guinness, Allsopps and President Lager.

UBL has been a leading brewer in Uganda since it began operations in 1946. Located in Port Bell – Luzira in the outskirts of Kampala, the brewery is continuously modernized and its operating capacity expanded. The plant has a total brewing capacity of 1,000,000 hectolitres per year set to grow by 50% with on-going investment in expansion of brew house. Bell Lager is the company’s flagship brand having been in the market for over 60 years.

Key Brands include: Bell Lager which is the flagship brand, Uganda Waragi, Tusker Malt, Pilsner, White Cap, White Cap Light, Senator, Guinness, Allsopps and President Lager. UBL has a rich talent pool of some of the best trained people. It directly employs over 390 staff but indirectly creates employment for thousands more through the vast supply and distribution chain.

SBL is the second largest beer company in Tanzania, with its own brands accounting for 15% of the market by volume and when combined with EABL’s portfolio, accounts for approximately 28% of the Tanzanian branded beer sector. The company was incorporated in 1988 as Associated Breweries Limited and changed its name to Serengeti Breweries Limited in 2002. SBL’s headquarters are in Dar Es Salaam, Tanzania. The previous owners and management of SBL acquired the company in 2002 and commenced on a strategy of rapid expansion which has resulted in outstanding growth. EABL acquired 51% of the issued share capital of SBL in October 2010.

At present, SBL has three operating plants spread out across the country; the Dar Es Salaam plant has production capacity of 350,000 HL, the Mwanza plant a capacity of 650,000 HL while the state-of-the-art brewery in Moshi which was commissioned in January 2012 has a production capacity of 500,000 HL expandable to 800,000 HL. Since the creation of SBL in 2002, the business has grown from strength to strength and the acquisition by EABL has seen increased investment in further growth leading to greater job opportunities for the people of Tanzania.

Located in Industrial Area – Nairobi, EAML plays a vital role of supplying quality brewing raw materials in the form of Malt, Barley and Sorghum to the brewing units of the EABL group.

Our barley seed processing plant based in Molo to ensure that barley farmers get quality seed for commercial production, while our Agri-business team works in partnership with the farmers throughout the East African region. Farmers are pre-financed annually to the tune of Kshs 500 million by giving them high yielding seed, fertilizer and other farm inputs on credit, which is recovered at the end of the harvest season.

In both Kenya and Uganda, we have started to develop sorghum as an additional brewing raw material. The potential to grow sorghum in East Africa is high given that it thrives even in the semi-arid areas, which currently do not have significant economic activities. Once fully implemented, it will transform economically the regions where it will be grown.

Set up in 2009, the Venture business was a new demand unit with focus on building the Spirits business in Eastern Africa and driving the geographic expansion through greater focus to drive a total beverage business and through expansion into new markets such as The Great Lakes Region.

Specifically, EABLi operates across the geographies Southern Sudan, Rwanda, Burundi and Eastern DRC through uniquely different commercial operations, which include local supply in markets, third party supply, exports, and covering the spirits portfolio for both domestic and duty free sales as well as beer sales in the markets where we currently do not have a local operation. 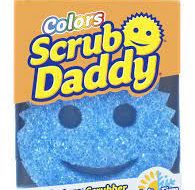