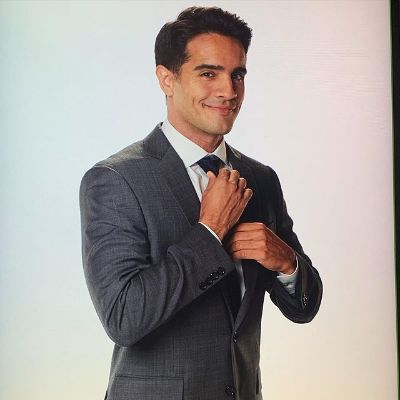 Ektor Rivera was born in Bayamón, Puerto Rico, on February 11, 1980. Rivera is a citizen of Puerto Rico, and Aquarius is his zoadic sign. His full name is Héctor Ramón Rivera Alicea.

In addition, musician and visual artist Rivera is known for his role in the movie Sugar Plum Twist.

Talking about Rivera’s education, he graduated high school in Bayamon. The name of the institution is still a mystery.

He attended the School of Plastic Arts and Design of Puerto Rico to continue his education after graduating from high school.

Moreover, Rivera earned with a Bachelor’s degree in Image and Digital Design. On top of that, he is also a graduate of an Intensive English Program at UCLA.

Who Are The Parents of Rivera?

The Last Tour actor Rivera has stunning and wonderful parents who are residing in Puerto Rico. His mother, Iris Alicea was a Genealogist.

Rivera’s father is Héctor Rivera Sr; who was Adjunct Professor at Palm Beach State College. Unfortunately, he died on April 9, 2019, at the age of eighty-five.

Ektor Rivera married Yara Lasanta who is a Puerto Rican Meteorologist and Beauty Pageant titleholder. They exchanged wedding vows in the presence of their family members and close friends in Barranquitas, Puerto Rico.

The lovely pair Rivera and Lasanta started dating in 2010. After three years of dating, they decided to get married on December 8, 2013.

In addition, we can see the lovely couple’s happiness and togetherness via social media. On their 8th anniversary, Rivera shared a kissing picture of them where he was expressing love for her.

The gorgeous pair Rivera and Lasanta aren’t only living married life but also they are having a wonderful life as parents. They welcomed their first child Bria Yaré on December 1, 2020. They revealed this news through their Instagram.

Additionally, Rivera uploaded images of their child with the caption:

“My girl was born! And it was like seeing the face of God himself. 🙏💕 To you friends, who, with your everyday blessings, thank you! Bría was born on the first of December 2020. “

We can see the amorous couple’s love and affection toward their child Yare via social media. After Yare’s birth, they have been sharing many images of her, notably Lasanta.

Rivera loves his family and enjoys spending time with them. Besides his family, he loves traveling, drawing and playing guitar, which satisfies him. These are the activities Rivera appreciates which make him happy.

In addition, we can state that the activities described before are Rivera’s hobbies and are regularly observed performing that by him. You can confirm by seeing his social media posts.

Is Ektor Rivera A Millionaire?

If you have an inquiry about Ektor Rivera’s net worth, then let us tell you that Rivera has a net worth of $2 million just like Cristian Marcus Miniz, making him a millionaire. He earns through his acting and singing vocation.

Besides that, Rivera’s other sources of income are dancing and selling paintings. Because of that, he has amassed an extra amount of money in his net worth.

In addition, Rivera owns a magnificent lovely car whose model is yet unknown. We came to know through his Instagram feed that he often travels in his black automobile.

Rivera Is Also A Good Artist

Ektor Rivera is the kind of person who likes painting and has even called himself an artist (painter) (painter). He has painted on many topics which we may view via Instagram and Twitter.

Rivera has previously even remarked that he finds it easier to express himself through arts, therefore he puts his words into images. Because of his excellency in arts, he has been interviewed by @jomarjos and @elnuevodia.

Rivera is a very caring and affectionate guy, especially when it comes to an animal. He has a Golden Retriever of a Scottish breed. Marley who is his pet often makes an appearance on Rivera’s Instagram handle.

We can see several images of Rivera and Marley on Instagram, where they seem to love each other company.

Ektor Rivera is very active on social media sites and is often seen sharing his pictures. He doesn’t only share his photographs, but also we can see his family’s pictures.

Click the given link to get to know more about: Kirra Hughes

Rivera, a visual artist just like Jean Paul Egred used to host a TV program called Scientific Adventure for the SITV channel. The program was about the environment. He, alongside news anchor Marjorie Ramírez used to host that program.

Because of their excellent presentation, in 2015, the TV program received an Emmy Award as the best environmental program. Not only this Environmental Protection Agency gave the program the ”Environmental Excellency Award.”

Sugar Plum Twist actor Ektor Rivera is a good-looking guy and is often seen doing exercises. He stands at a good height of 182 cm (6 feet) (6 feet).

Rivera’s weight is 80 kg which is a decent weight for his height. Likewise, he has wonderful black eyes which suit his black hair.

Rivera is famous for his acting and singing career among the audience. In his successful journey, he has appeared in many movies and has an album that has its own taste among the Puerto Rico audience.

Un Paso del Amor (One Step of Love) is the debut album of Rivera which was released on August 23, 2005. This album contains ten songs out of which three of them are going I’m to love you, In the meantime and Is love.

Talking about Rivera’s movies, he has appeared in many popular films like Sugar Plam Twist, The Last Tour, and The Shallows. The albums and movies made him come into the limelight.

Raised Voice For The Freedom

Ektor Rivera isn’t only an actor and singer but also a patriotic person who once raised his voice against humiliation and stepped forward for equality and sovereignty.

Rivera blamed the USA for discrimination and asked for help and freedom.

He even expressed that the fear of raising voices against the president’s humiliation isn’t worthy and good for the citizens and their spirits. He even blamed the USA for discrimination and asked for help and freedom.