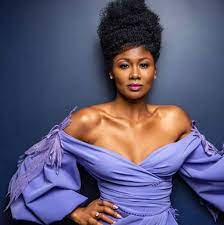 Emayatzy Corinealdi, an American actress best known for her appearances in the movies “Middle of Nowhere” and “The Invitation,” was born on January 14, 1980, and is currently 42 years old. She has been working in the entertainment industry for more than ten years.

Emayatzy has also performed admirably on the stage, and now Corinealdi is back with a lead role in the legal thriller “Reasonable Doubt,” where her character, Jax Stewart, is dealing with her relationship with men and her sexuality and discovers that her apparently ideal life is not so ideal when she isn’t in the public eye.

Who are the parents of Emayatzy Corinealdi?

Edward Corinealdi, a Panamanian, and Rosemarie Hilton, an African-American from Ohio, were her parents. Emayatzy Evett Corinealdi, also known as Emayatzy Corinealdi, was born on January 14, 1980, at Fort Knox, Kentucky, in the United States.

who comes from a military family, moved around as she was growing up, living in Germany, Ohio, Kansas, and New Jersey. It was in New Jersey that she developed an interest in theater and decided to pursue a career in acting by enrolling in the state’s Actor’s Training Studio. She later moved to New York to attend the prestigious William Esper Studio.

Corinealdi never forget to acknowledge her mentors, renowned booking coach Amy Lyndon and Alfre Woodard, with whom she had the chance to study and learn a great deal. She has always been appreciative of the education and instruction she received from them.

In the Town Street Theatre performance of “Psychology of Chromosome X,” Emayatzy played her first role and absolutely adored it. The entire experience made her fall in love with acting all over again. She also performed in “Platanos & Collard Greens,” “The Bachelorette Party,” which she toured all over the world, and most recently, “Finding the Boom Bap,” in which she played the lead.

She made her debut in the mainstream in the year 2000 with a small part in the short film “Mortality” and also went on to appear in movies like “Pretty Lady,” “A Taste of Us,” “Beauty Shop,” “My American Nurse,” and “Cordially Invited.” Emayatzy also played actor J.D. Williams’s girlfriend in the music video “Ghetto Gospel” for Tupac Shakur. She also appeared as Eve in the “Vampz” and in another video called ”

Emayatzy went on to perform in a few other roles, the majority of which were supporting ones, but she was still able to stand out and give her all in TV shows and movies including “The Young and the Restless,” “Katrina,” “Natural Beauty,” “Demons,” and “Romantically Challenged.” When she was offered the role of Ruby in the drama “Middle of Nowhere” in 2012, she had initially auditioned for the part of Ruby’s sister but was requested to read for the major role instead. This was her big break.

You may also like to know about: Mark Knopfler

Corinealdi rose to the situation and gave an amazing performance;

as a result of this major break, the actress was later seen in various high-profile productions including “Criminal Minds,” “In the Morning,” “Addicted,” and “The Invitation.” The director Ava DuVernay did not take this into consideration.

She was seen in several notable TV series with significant roles to play, including “Roots,” “Hand Of God,” “The Red Line,” “Ballers,” and her most recent Hulu series, “Reasonable Doubt.” Interesting enough, each show title and each episode title are inspired by Jay-debut Z’s album of the same name; however, the music is composed by Adrian You. In the 2015 film “Miles Ahead,” she was able to step in for Zoe Saldana

Emayatzy appeared in the music video for “Jay Z: Family Feud feat. Beyoncé,” which may have been a coincidence.

Who is the husband of Corinealdi?

The couple, Emayatzy Corinealdi and Jermaine Oliver, have been married for ten years; they got hitched on August 31, 2013. The last thing we heard about them was that they were expecting their first child together, but we don’t know anything else about the little one, and Emayatzy hasn’t shared any pictures of the child on her social media.

What is Emayatzy Corinealdi’s age?

Who plays Jax Stewart in the movie “Reasonable Doubt”?

The reply is Emayatzy Corinealdi.

What is the height of Emayatzy Corinealdi?

What is the net worth of Emayatzy Corinealdi?