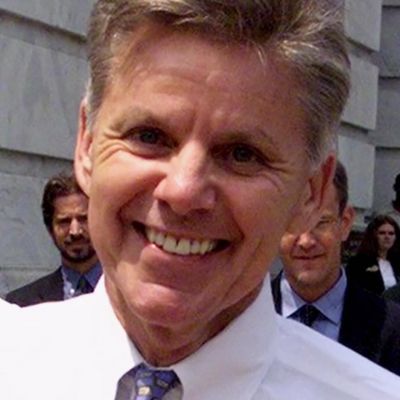 Former American politician Gary Condit, sometimes known as Gary Adrian Condit, served as the House of Representatives representative for California’s 18th congressional district from 1989 until 2003. His adulterous relationship with Chandra Levy, a Federal Bureau of Prisons intern, which was made public following Levy’s abduction in May 2001 and the eventual finding of Levy’s remains a year later, helped him become well-known on a national scale.

On April 21, 1948, Gary Condit was born in Salina, Oklahoma, a city located in the south-central part of the United States. His father is the Baptist Minister Adrian Burl Condit, and his mother is Velma Jean Condit.

His mother died in the year 2017. He was raised in Oklahoma, where he was born. He finished high school at Nathan Hale High School in Tulsa, Oklahoma.

Condit worked in Oklahoma’s oil fields as a warehouseman throughout the summers of his high school years. Condit’s family relocated after his father was appointed pastor of a Baptist church in Ceres, California, close to Modesto, California, in 1967. Condit earned an Associate of Arts degree from Modesto Junior College in 1970.

He earned his bachelor’s degree in arts from California State University in Stanislaus, California, in 1972. Condit worked in a tomato cannery, a business that produced weapons for the Vietnam War, and the paint department of a Montgomery Ward department store throughout his college years and at the beginning of his career.

Since 1972, Gary Condit has been on the Ceres city council and previously held the office of mayor for two years. When he was 25 years old, he became the city’s youngest mayor, a first in history.

He was one of the Gang of Five candidates in 1988, along with Chula Vista’s Steve Peace, Los Banos’ Rusty Areias, Rialto’s Gerald R. Eaves, and Whittier’s Charles M. Calderon, who were unsuccessful in their efforts to oust Willie Brown as Speaker of the State Assembly by striking a deal with Republicans. Condit made an unexpected, non-speaking appearance during a battle scene in the 1988 movie Return of the Killer Tomatoes, which Peace co-wrote and directed.

After leaving politics, Condit moved to Arizona and established two Baskin-Robbins ice cream shops there with his family. In a disagreement over a breach of contract, Condit was ordered to pay the company $98,000, and the business filed for bankruptcy. He was listed as the chairman of the Phoenix Institute of Desert Agriculture in the year 2012.

The status was indicated as “Dissolved” in the most recent corporate filing, which was made on June 4, 2015. Later, Condit moved to Sacramento, where he worked for the J. Blonien law firm as a licensed agent.

Gary Condit, a politician and businessman from the United States of America, has a net worth of about $1.5 million as of June 2022. He represented California’s 15th congressional district as a Democrat in the US House of Representatives from September 1989 to January 1993.

From January 1993 until January 2003, Condit served as a representative for California’s 18th congressional district in the US House of Representatives.

Gary Condit is a polished politician with an alluring demeanor. Right now, he is happy with his wife and kids. He claims that he is nearing the conclusion of his career and is looking forward to a more leisurely life with his family.

Condit lost the 2002 Primary election as a result of the incident, even though he was never formally prosecuted in Levy’s abduction and murder.

Marriage and Wife of Gary Condit

At the age of 18, Gary Condit married Carolyn Berry, his high school sweetheart, in 1967. His daughter Cadee Condit Gray and son Chad Condit both go by these names. A journalistic investigation in 2001 revealed that Condit entered the incorrect birthdate on his marriage certificate.

Condit claimed to have been born in 1942 rather than 1948, when Oklahoma started permitting males under the age of 21 to obtain parental authorization to start a family, giving the impression that he was older than 18 at the time.