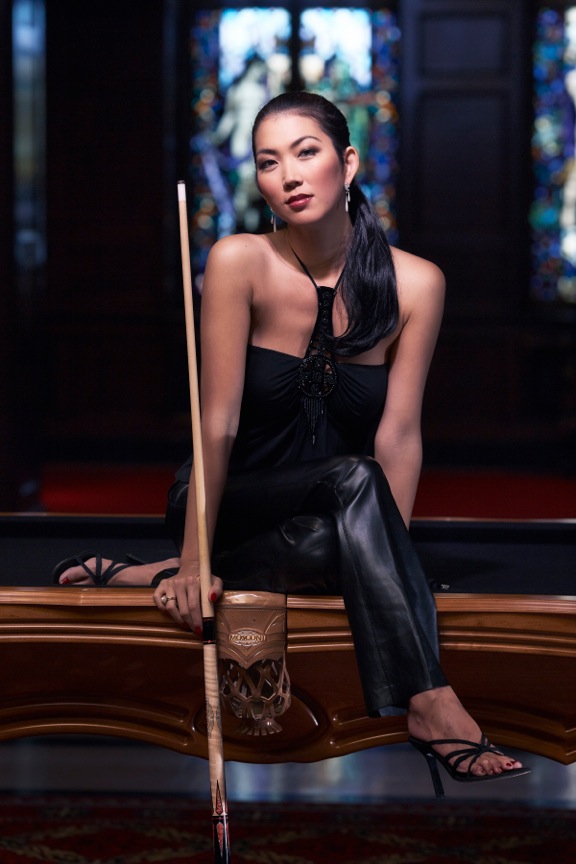 One of the best pool players of the 1990s was Jeanette Lee, commonly known as The Black Widow. Many people throughout the world adore Jeanette because she is a strong pool player who serves as an example for many other female players.

Who is Jeanette Lee?

Jeanette is not only an exceptional pool player; she is also a single mother of three children, a businessman, an influencer, and a philanthropist.Many of us just perceive Jeanette as a strong woman and are unaware of the hardships and suffering she has endured throughout her life.

Despite facing numerous obstacles, Jeannette won’t give up. She has undergone more than 15 neck and back operations, and she was just given a cancer diagnosis.We’re discussing the less well-known period of Jeanette’s life today. We have included all the information you require on the renowned pool player in this article.But first, a few simple facts.

On July 9, 1971, Jeanette Lee was born in Brooklyn, New York, in the USA. Her family was an American-born Korean immigrant family. She is therefore of Korean descent despite having been born in America.Lee’s parents’ names remain unknown. Her father had a Manhattan tobacco shop, while her mother is a licensed nurse.

We’ll shortly update the page with further details about her parents and siblings, if any.Jeanette had a challenging upbringing. Being a Korean immigrant in Brooklyn’s predominately black neighborhood was difficult.Lee went to Bronx High School but left early. Because Jeanette was diagnosed with severe scoliosis at a young age of 12, she was unable to finish her studies.

Scoliosis, if you are not aware with the term, is a condition where a person’s spine or backbone has a lateral bend. the three-dimensionally curved (often “S” or “C”) shape.Scoliosis that is severe enough to impair mobility and respiration can also be excruciatingly painful. With age, the ache gets worse.

She underwent surgery at a young age to relieve the agony.It permanently altered her life. Two 18-inch Harrington rods were placed in Jeanette’s back when she awoke.

Lee experienced a sensation of being inside scorched. Jeanette used to turn to her mother for solace when tears were streaming down her face.She was taking a lot of painkillers, so the only sounds she could produce were moans. Nobody had warned Jeanette that the procedure would be painful. She was unprepared for all of that at the young age of 12.

Scoliosis can be constant in some people or progress over time in others. In Jeanette’s instance, the scoliosis increased by three inches over night. It was too painful to bear.After the procedure, Jeanette’s body bore a scar. She claims she let her hair grow long to cover up the scar.

Scoliosis diagnosis has made Jeanette’s life an absolute misery. It was already challenging to live as a Korean immigrant. Her life was made even worse by wearing the brace and lugging the rod on her back.At her school and in her community, Lee experienced frequent bullying. She consequently had a challenging childhood and had a hard time fitting in.

How did Jeanette Lee Find her love For the Pool?

Lee struggled and sought approval everywhere during her adolescence. Her confidence had been totally destroyed by scoliosis. Even worse, she left school.In search of acceptability, Lee walked around the pubs drinking and smoking. She was on the verge of turning bad.

When Jeanette Lee was 18 years old, she went to a pool hall in New York. There, she observed an elderly gentlemen playing pool. Observing the person, Jeanette got the tranquility that she was yearning for.

The guy had authority over the pool table. It was as though he made the pool balls dance according to his wishes. Pool, for Jeanette, symbolized confidence.She was hooked by the grace that the pool player displayed. Jeanette decided that she would also learn how to play pool, and the rest is history.It took three years for her to learn pool. Finally, she turned pro in 1993.

Jeanette Lee started playing pool in late 1989. It took her three years to turn pro, and a year and a half later, she was no. 1 in the world.That’s right! The child who struggled with even finding acceptance was ranked as the No. 1 female pool player in the world.

Jeanette Lee is a sweet girl. She loves her friends and family and has a warm and friendly demeanor.The moment Jeanette steps up to the pool table, though, she is unforgiving of her rivals. Her fashion sense and assurance have contrasting effects. She is target-aware and focuses.

Despite her friendly demeanor, Jeanette’s friends gave her the nickname “Black Widow” because when she entered a room with a pool table, she would “eat people alive.”Instead of her genuine name, most people are familiar with Jeanette as the Black Widow. She has embraced the moniker and introduces herself to the public as the Black Widow.

Through her book, The Black Widow instructs would-be champions of all levels on how to compete wisely, concede defeat gracefully, and triumph regularly.Furthermore, even when readers are confronted with obstacles that appear insurmountable, Jeanette’s book manages to keep them focused and on course.

What is the Relationship status of Jeanette Lee?

In 1996, the black widow wed George Breedlove, a skilled pool player and businessman.George Breedlove is well-known for going by the moniker “The Flamethrower.” He has participated in numerous ESPN contests and has triumphed in more than a hundred local competitions.

Together, they had three daughters. The Breedlove sisters are Cheyenne Lee, Chloe Angelee, and Savannah Lee.Morgan Michelle Breedlove and Olivia Sue Breedlove were two of George Breedlove’s daughters from a previous marriage.Savannah is the couple’s first naturally born child among the three girls they have together.

Chloe’s mother was a surrogate. Likewise, Cheyenne was adopted by Jeanette and George. Additionally, they collaborated in raising John Kang, a foster son.Three of Black Widow’s daughters are currently raised by mom alone. She reportedly got a divorce and no longer resides with her husband.The cause of their split is still unknown, though.

The pair has always shielded the public and tabloids from their private lives. There isn’t much information known on them as a result.

Her shoe size is 8 (UK), and her bra size is 32B. With measurements of 33 inches at the breast, 26 inches at the waist, and 30 inches at the hips, she has a flawlessly slim body form.Her solar sign is Cancer; she was born in July. Cancer signals are characterized by round faces and upbeat personalities. They are also really friendly.

Saying Jeanette Lee completely matches the bill wouldn’t be a fallacy. She spreads happiness and joy wherever she goes, according to her friends, admirers, and loved ones.

In all honesty, Black Widow’s life has been filled with hardships and difficulties. She had been suffering from an untreatable case of scoliosis in her back since she was a young child.However, the pool player had discovered how to use her suffering as strength through a rigid schedule and regulated eating habits.

In 2021, Jeanette received a Stage 4 ovarian cancer diagnosis, therefore the storm has once more come to her door.Cancer caused her to lose her hair. However, despite daily battles with cancer, Jeanette continues to grin. She embodies what it is to be a brave and daring woman in the truest sense.

Her three still-young girls are her top concern at this point in her life. She is afraid about abandoning her girls without a parent.Doctors have determined that her condition is rapidly terminal. Lee’s body has unknowingly developed cancer under the guise of scoliosis discomfort.We do anticipate that her will to live and access to cutting-edge medical care will considerably extend her life.

To help the pool player, a GoFundMe page was set up. Over $50,000 in donations were given to the fundraiser on the first day alone. This demonstrates how popular Jeanette is over the globe.Many people want Jeanette to be healthy. By far, more than 2,500 people have given to Jeanette’s legacy fund, totaling more than $185,000.

Tony Stewart also contributed $10,000, which is also among them.

Does She use Social Media?

Lee uses social media extensively. She goes as “The Black Widow” on Facebook as Jeanette Lee. She has more than 136K Facebook fans.Similarly, Lee uses the handle @BlackWidow on Twitter. On Twitter, she has 10.4K followers.

She is a gold medalist from the global games, a member of the Hall of Fame, an author, a public speaker, a performer, and a philanthropist, according to her bio on Twitter.She also has 16.4K followers on Instagram. She has the Instagram handle @jeanettelee.

What is the networth of Jeanette Lee?

Lee has amassed a fortune playing pool. She is the one who made pool more than just a “male game” for the world to see.Jeanette made a fortune through sponsorships and endorsements in addition to the money she earned from playing pool and her prize money.

A woman of Korean origin who was an American citizen, Jeanette was able to secure sponsorships for events unrelated to billiards, chalk, or cues.She has a 7-year sponsorship agreement with Bass Pro Shops. Furthermore, Crook & Chase, Good Morning America, and Hard Copy are just a few of the national TV programs where Jeanette has made an appearance.

Additionally, she appeared in the Walt Disney movie “The Other Sister,” which was directed by Garry Marshall.In addition, the Black Widow owns a company. She also operates a Tampa-based regional branch of the American Pool Players Association. The group primarily holds leagues in neighborhood taverns.

With all of this, according to exactnetworth.com, the American pool player Black Widow has a net worth of about $7 million.Even though the Covid 19 pandemic undoubtedly hurt her company, sources suggest that her net worth is still in that ballpark.