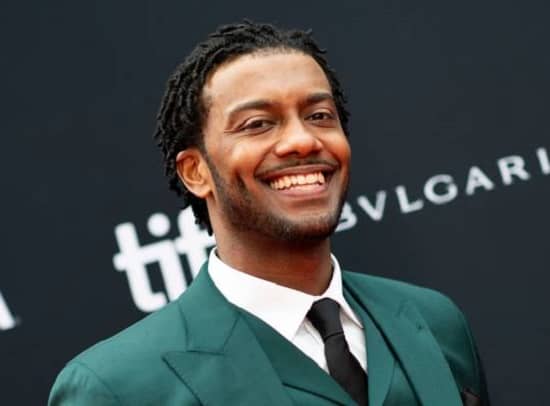 Joshua Boone, a skilled actor and theater performer who was born in 1988, has been acting since he was nine years old. He has experienced the ups and downs of life along the way in his acting career, but he never gave up.

Joshua Boone is eternally thankful to director Tyler Perry for giving him the opportunity to appear in the Netflix film “A Jazzman’s Blues,” in which Boone portrayed the role of “Bayou,” because Broadway has played a crucial role in his life. Despite the fact that he had no intention of applying for the part, let’s take a closer look at how he ended up in this game-changing position.

Joshua Boone was born in Tidewater, Virginia, in 1988 to Sherrie Boone; as a child, at the age of 9, after being offered the opportunity to play the role of Davy Crockett in a summer school arts program, Boone grew interested in acting. Acting had become his passion by the time he attended high school, but Bonne’s parents preferred that he pursue a career in business, law, or medicine.

Boone had liked performing for as long as he could remember and desired a career out of it, but getting into college was the first step, and he had no intention of studying anything at all. It was the acting that genuinely improved Boone’s life.

Boone thought of college as just “housing and a meal plan”;

he wanted to attend a university in Los Angeles, where landing tons of acting roles came naturally. He intended to enroll for academic probation; for the first year, he would do nothing but try to break into the film industry. However, when he didn’t receive enough financial aid to attend a university out of state, his plans changed. He reviewed his backup plan, which included enrolling in the Virginia Commonwealth University School of the Arts for a year, reapplying to institutions in Los Angeles, and watching final step films.

Boone majored in business when he enrolled in the VCU School of Business in 2006, but his parents encouraged him to switch his major to acting after seeing his outstanding performance in the musical “Smokey Joe’s Cafe.” Boone was so desperate to perform on stage during his first year at VCU that he ended up auditioning for the role of the lead.

Being a non-theater student getting a lead was a big deal,

Broadway veteran Patti D’Beck, director and choreographer at the VCU Department of Theatre, had nothing but praise for Joshua Boone. She was so taken aback by how he had just entered the room and changed its entire dynamics, and how his acting was transparent both inside and outside in a beautiful way, that Patti even went to hear him sing in the church choir.

He was prepared to enter Hollywood after his first musical, but his mother, Sherrie Boone, persuaded him to stay in school. She gave him permission to switch his degree and move wherever he wanted, but only after he finished. Boone had started to put in serious effort and truly study for his classes by the time he was in his second year. This excellent actor won his first ever on-screen part as soon as he graduated from college.

You may also like to know about: Celtics Kathleen Lynch

Netflix to the theater

Joshua Boone made his acting debut in the short film “Journeymen” in 2012. A year later, he was busy doing bit parts here and there in shows like “The Big Gulp,” “Law & Order: Special Victims Unit,” and a short film called “Dyce and Devil,” where he got the lead role of Dyce. In 2014, his career started to take off as he entered the Broadway scene, making his debut in “Holler If Ya Hear Me,” which was

He continued to work on other Off-Broadway productions, including “Actually,” “All the Natalie Portmans,” and “Mother Courage and Her Children.” Along with acting in theater, he had roles in a few TV shows and movies, including “Brooklove,” “MacGyver,” “Fan Girl,” “Salamander,” and “Seven Seconds.” In 2019, he played the lead role of Isaiah in the movie “Premature,” which had its world premiere at the Sundance Film Festival. He received a lot of praise for his performance from everyone.

Together with Bryan Cranston, Boone won two Broadway productions of “Network.” He co-starred in “Skeleton Crew” with Phylicia Rashad and appeared in “Wheels,” “Mother’s Milk,” and “A Jazzman’s Blues” as Bayou, a part that Tyler Perry, the writer and director, originally intended for him to portray as the lead actor but that he outgrew. All of Boone’s concerns about his artistic ambitions vanished as he read the script and fell in love with his character; he is paired with Solea Pfeiffer to play star-crossed lovers.

How old is Joshua Boone?

Who is Bayou, the character in A Jazzman’s Blues?

What is the height of Joshua Boone?

Joshua has a height of 5 feet 9 inches.

What is the wealth of Joshua Boone?

He hasn’t yet made any information public.