Family planning practices help individuals or couples to avoid unwanted pregnancies, regulate the intervals between pregnancies, control the time of birth in relation to the age of the parents and determine the number of children in the family (Reshma 2015). Though contraceptive use has increased worldwide over the last couple of years, the contraceptive prevalence rate (CPR) in low resources countries is very low. An average of 25% of couples in Sub-Saharan Africa who want to space their children do not use any form of family planning method. A report from the National AIDS and Reproductive Health Survey (NARHS), 2012, in Nigeria indicated that while awareness of contraceptive was high, the proportion of females using any method and a modern method of contraception was 13% and 10% respectively. According to Park, (2007), the methods of modern contraceptives available at the regional and national levels include: pills, intrauterine contraceptive device, injectables, implants, male condom, female condom, male and female sterilization, diaphragm, foam/jelly, lactational ammenorrhoea and emergency contraception. In a bid to curb the rate of unwanted pregnancies, effort must be made to increase family planning utilization. According to the Nigerian Demographic and health Survey, 2013 (NDHS), about 23% of teenage girls between age 15 and 19 years were already mothers or pregnant with their first child. About 250 out of 1000 adolescent pregnancies in Nigeria end in unsafe abortion and of the estimated 600,000 induced abortions annually, adolescents contribute 60% (Oyedokun, 2007). Despite this, the level of contraceptive use among this group has been reported to be low. Young people often decide not to seek FP because they do not want their parents or other adults to know they are sexually active, while many fear ridicule and disapproval from service providers. Apart from unintended pregnancy and maternal mortality, there is also the problem of sexually transmitted infections, including HIV. Sentinel survey report of pregnant women aged 15-49 years reported a national prevalence of 4.1% and 10.9% in Akwa Ibom State in 2010. While the National Demographic and Health Survey 2013 recorded knowledge of contraceptive among women as 85%, the trend in contraceptive method used by married women aged 15-49 in Nigeria in 1990, 2003, 2008 and 2013 stood at 6%.12.6%,14.6% and 15.1% respectively (Oyedokun, 2007). These rates are quite low compared to the high sexual activity, especially among adolescents. Urban dwellers are reported to have greater access and higher chances of utilizing FP. The rural communities, which contribute about 70% of Nigeria’s population, have very high fertility rate and a low CPR. A study in south western Nigeria however reported the point prevalence of contraceptive use among rural women as 66.3%. One of the factors influencing utilization is level of education.

Adebajo, (1992) opined that attitude and practice towards modern family planning have attracted much attention in recent times. This is due to increase in unwanted or unplanned pregnancies, induced or criminal abortion, maternal mortality, sexually transmitted diseases, human immune-deficiency virus (HIV) and acquired immune-deficiency syndrome (AIDS) prevalence among women of child- bearing age.

There is no one universally acceptable definition of attitude. However, Anderson (1981) opined that attitude is a moderately intense emotion that prepares or predisposes individuals to respond consistently in a favourable manner, when confronted with a particular object. Okafor (1991) stated that attitude is concerned with one‟s feeling towards an object, person or thing. Cornachia, Station and Irwin (1999) asserted that an attitude refers to mind-set to action, an internal readiness to behave or act. Simpson and Weiner (2000) defined attitude as a way of feeling, thinking or behaving. Aitken (2000) argued that there is no standard definition of attitude, but in general terms, he perceived the term to imply a learned predisposition or tendency on the part of the individual to respond positively or negatively to some objects or situation. According to Mann (2002), attitude implies a relatively enduring organization to internalized belief that describes, evaluates and advances actions with respect to an object or situation with each belief having cognitive, affective and behavioural components. He further stated that each one of these beliefs is a predisposition that suitably activates results in some preferential response towards the attitude-object or situation or toward the maintenance or preservation of the attitude itself.

Attitude in the context of the present study is belief, feeling, thinking, ideas or emotion that predisposes an individual to respond when faced with a particular object. For instance, what a woman believes, feels or thinks about modern family planning becomes her attitude towards modern family planning. Practice, on the other hand, is something done habitually or customarily (Webster, 1980). According to Simpson & Weiner (1991), practice is a habitual action-custom. Hornby (2001) opined that practice means to do something regularly as part of one‟s normal behaviour. With regard to the present study therefore, it means using modern family planning methods regularly, as part of ones normal sexual behaviour.

Modern family planning methods are considered a first line of defence against unwanted pregnancy, sexually transmitted infections (STIs) and human immune- deficiency virus (HIV) (Igbudu, & Okoro, 2010). The consistent and correct use of modern family planning methods reduce greatly unwanted pregnancies, STIs and HIV among women of reproductive age in any nation thus enhancing their health. However, it appears that attitude and practice of modern family planning among women of reproductive age in Nigeria is low and it varies by demographic and socio-economic characteristics (Kaba, 2000).

Studies have been conducted on attitude to and practice of modern family planning methods among women of reproductive age in many parts of the World including Nigeria. However, most women especially in the rural areas seem biased towards family planning.

The main objective of this study is to assess the knowledge, attitude and practices of women towards family planning services. Specific objectives of this study are:

The following research questions will be answered in this study

It is hoped that the findings of this study will provide necessary information that will enhance activities and programs towards the practice of family planning to be appropriately conducted.

Furthermore, the findings will also be relevant to those who intend to carry out a similar research topic as it has contributed to the existing literature. Finally, the research will serve as a fuel of new reasoning and further research work on knowledge, attitude and practices of women towards family planning services, and to health science students, lecturers and the general public.

Selected women in Ika Local Government Area of Akwa Ibom State will serve as enrolled participants for this survey.

Selected women in Ika Local Government Area of Akwa Ibom State will serve as enrolled participants for this survey. This will serve as a limitation to this study as further research is needed if the findings of this study is to be used anywhere else.

Knowledge: Knowledge is a familiarity or awareness, of someone or something, such as facts, skills, or objects contributing to ones understanding.

Attitude: a settled way of thinking or feeling about something.

Practice: the actual application or use of an idea, belief, or method, as opposed to theories relating to it.

Family planning: The practice of birth control, child spacing and contraceptive use. 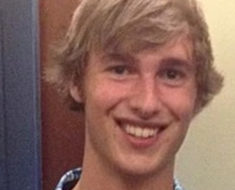