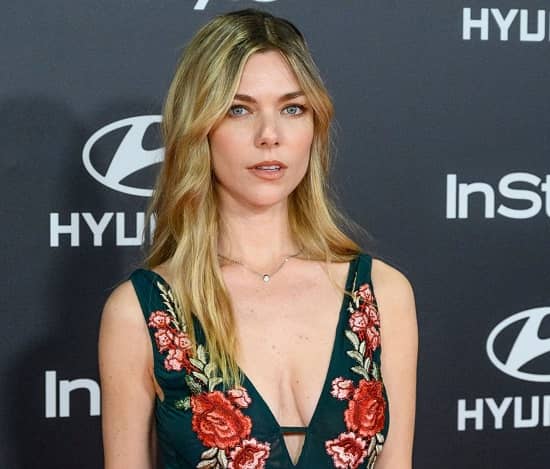 Laura Laprida, an Argentine-Italian actress who was born on March 12, 1990, is well-known in her hometown and is working hard to break into the industry. She is on her way to becoming a household name.

In her most recent series, “Holy Family,” in which she plays Natalia, Laprida is establishing herself as a rising star. In this mystery drama, the family is hiding a horrible secret that may upend their lives. She has acted in movies with well-known people like Lex Garca and Najwa Nimri.

Laura Laprida was born on March 12, 1990, in Argentina. She grew up in a unique home in the province of Buenos Aires with her large family, the majority of whom work in the entertainment industry. She was a triplet who spent her entire childhood touring the world singing, performing in movies, and hosting TV shows. Her parents, Mara Eugenia Fernández and Horacio Laprida, encouraged and drove her to do the same.

Her earliest recollections are of her playing with the technical assistants and dressing up in various costumes behind the scenes and in changing rooms. It was like a fantastic world, and she wanted to learn more about it.

She had developed an interest in acting at a young age but had never considered it a job; everyone in her family—including her aunts, Mara Emilia and Mara Laura Fernández—was already an actor, as were her siblings, Eugenia, Horacio, Jr., and Pilar Laprida.

In order to follow a different path, Laura pursued other interests in addition to filming. She attended Universidad del Salvador in the city of Buenos Aires, where she majored in Radiology Technician. After practicing this field for three years, she realized that acting made her happy, and she ultimately dedicated her life to becoming a successful actress.

For this, she participated in a number of coaching sessions that improved her abilities; she joined in the Frank Stein Studio and studied acting with Luci Lenox, traveled to Juanma Lopez to hone the casting and interpretation craft, and studied improv with Javier Daulte. She also enrolled in Cris Morena’s Drama Workshops and spent almost a year studying musical comedy at Valeria Lynch Academy.

At the age of fifteen, Laura began her career in acting. Initially, she worked as a model, appearing in several commercials and fashion shows that brought her all over the world.

After a few years, she decided to try her hand at acting, and in 2009, she joined Disney Channel as the main cast of the show “Jake & Blake.” The following year, she received her first starring role in the short film “Daro (…) Mara,” in which she played Maria.

A few years later, in 2015, she co-starred in the miniseries “Historia de un clan,” which went on to win the Martn Fierro Award for Best Series and was well-received both domestically and abroad.

By acting in back-to-back high-profile films like “That’s Not Cheating,” “The Rich Do Not Ask for Permission,” “Ten Days Without Mom,” “Golpe al corazón,” and “Perdida” “Astrogauchos,” she was gradually gaining fame and notoriety.

From the year 2019, Laprida started appearing in a number of well-known Argentine TV series, including “Campanas en la Noche,” “Separadas,” where she first appeared as Lena in recurring roles before being promoted to a regular; she was also spotted in “Millennials,” a romantic comedy that focused on the lives of three couples living in Argentina and highlighted their individual problems as well as how they handled their relationships.

Laura was a member of that show for three years before moving on to play Valentina in Ruth Garca’s sci-fi mystery series “Paraso,” which was interesting because it was set in the past rather than the future.

You may also like to know about: Alex Garcia

Who is the husband of Laura Laprida?

Laura Laprida is happily married to Eugenio Levis, an industrial designer and carpenter who works in business rather than the entertainment industry. They got married on March 5, 2020, and have been each other’s support system ever then, despite the fact that they have different job trajectories. They never forget to show how much they love and support one other’s accomplishments.

What role does Laura Laprida play in Holy Family?

She plays the role of Natalia.

How old is Laura Laprida?

What is Laura Laprida’s height?

What is Laura Laprida’s net worth?