Despite being a well-known professional makeup artist in the United States, Mary Harvey is best recognized as the ex-wife of Steve Harvey, a well-known American comedian and host.

Mary Harvey, also known as Mary Vaughn, was born in Texas, America, on October 20, 1960. Since she only rose to fame following her marriage to Steve Harvey, there is no information accessible regarding her upbringing or early years.

She was a trained makeup artist before she married Mary Harvey. However, there is no information on what she did following her divorce.

Mary Harvey’s capacity to place herself in a position to end her marriage has been one of her greatest achievements. She hasn’t been mentioned much since 2016, so it seems like she may be on the path to putting her bad times behind her.

As of July 2022, Mary Harvey has a net worth of $600,000. Through her marriage to Steve Harvey, she was able to earn the majority of her income as a professional makeup artist. When they got divorced in 2005, they fought in court over who should have custody of their son Wynton. Steve won, but she kept their home and received a welfare payment of $40,000 per month for four years before she was given a $1.9 million settlement in 2009.

Both Mary Harvey’s marriage and divorce received a lot of media coverage. But she hasn’t been in the spotlight since 2016. We wish her the best of luck in all of her future pursuits and want for the best for her, so with that stated.

You may also like to know about: Chris Webber

Mary Harvey wed Steve Harvey on June 21, 1996; they had first met in Arlington, Texas, where he was performing as a stand-up comic. She gave birth to Wynton Harvey on July 18, 1997. She accused him of having an extramarital affair with Marjorie Bridge while they were still married after their divorce in 2005.

Additionally, she claimed in YouTube videos that Steve had physically and psychologically abused her. When they went to court to determine Wynton’s custody, Steve won, and she was given his house and a monthly welfare benefit of $40,000 until 2009. After 2009, she received $1.9 million.

She was nonetheless instructed to refrain from criticizing him in public, which she violated. She was thus given a 30 day prison term. Steve wed Majorie Bridge in 2007. She claimed $60 million in damages when she sued Steve in 2016 for “murdering her soul,” but she was unsuccessful. 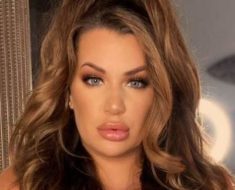