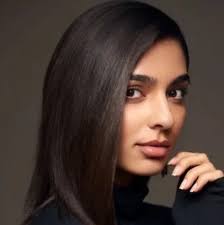 Nida Khurshid, a 29-year-old model and actress who was born on November 29, 1993, made her acting and modeling debut in 2016 and has since participated in a number of projects, however she is still working hard to build a recognizable brand.

Nida has participated in a number of noteworthy projects and is gradually making her way to the big screen; most recently, she was cast in the high-profile series “The Winchesters” as Latika Desai, a hunter-in-training who quickly joined the tight-knit group of friends portrayed by the show’s leading actors, Drake Rodger, Meg Donnelly, and the newcomer, Jojo Fleites.

Who are the parents of Nida Khurshid?

Nida Pasha Khurshid was born on November 29, 1993, in Pakistan, but she and her mother moved to East Bernard, Texas, when she was three years old. Because she is a Muslim and speaks Hindi as her first language, she experienced culture shock and had to start learning the language and traditions of the new community from scratch.

When Khurshid was five years old, her mother enrolled her in ballet. For the next thirteen years, she also attended school and participated in a theater club. As soon as she started performing on stage, she fell in love with the performing arts and knew she wanted to pursue modeling and acting.

Her mother, who was divorced and from a traditional household with strong cultural expectations, was the one who was concerned. She did not like the notion of her daughter modeling, but with time, their relationship also developed and they came to understand and respect each other’s decisions.

With her mother’s approval, Nida began securing modeling and commercial work as she completed her high school education. She completed online courses in Shakespeare Study from Harvard EDX as well as cinema studies with Jeremiah Comey and improv with Daren Lanning. She also enrolled in Lesly Kahn & Company to study multi/single cam.

Nida Khurshid is a gorgeous woman who is 5 feet 9 inches tall and weighs almost 54 kg. The attractive actress and model loves acting, but her other passions include dancing and travelling.

Nida started her successful career as a model, which helped her afford the travel that allowed her to see the globe, learn about various cultures, and meet more people.

She first appeared in “Krewella & Diskord: Beggars,” a music video, and in 2016 was a pretty exciting year for this young talent as she was seen in a series “Pitch,” where she was chosen by Oscar winner, John Ridley, to play a recurring role and also started out quite a well-known face in the industry, being featured on several magazine covers, and she was gradually making her way into the mainstream media as well.

She had offers for roles in “Chunk & Bean,” “Boady Art,” and “Game Shakers” after this, and she was also featured in the Shonda Rhimes television series “Station 19” and “For the People.”

Then came projects like “Christmas Reservations,” “Watermelon,” and “Adversity,” where she was seen playing Farah Nejem and was a part of the show for three years, becoming an essential part of the cast. Nida was still far from fame, but she was grateful for whatever she got. A few years later, she was seen in the film “The Laundromat.” It was an uncredited part, but she went ahead with it anyhow.

She was chosen by the prestigious Disney Television Discovers for the TV series “Talent Showcase” as a result of all her hard work and dedication. She also appeared in the short films “Ikarus” and “Danger Force,” but her accomplishments didn’t stop there; she also contributed to the video game “Sea of Thieves.”

How Much money does Nida Khurshid Worth?

Apart from her career as an actress, let us tell you about her net worth. Nida Khurshid has been spotted wearing designer clothes, holding luxury bags, and living a wealthy life. She got all this wealth due to her success in acting. As of 2022 Nida has got an impressive net worth of $1.5 million USD.

Who is the boyfriend of Nida Khurshid?

This 29-year-old has avoided speculations of romantic involvement with her co-stars or pals and has avoided the spotlight when it comes to partnerships. She appears to be single, fully committed to her profession, and taking care of her mother.

How old is Nida Khurshid?

What part does Nida Khurshid play in the story?

What is the height of Nida Khurshid?

What is the wealth of Nida Khurshid?