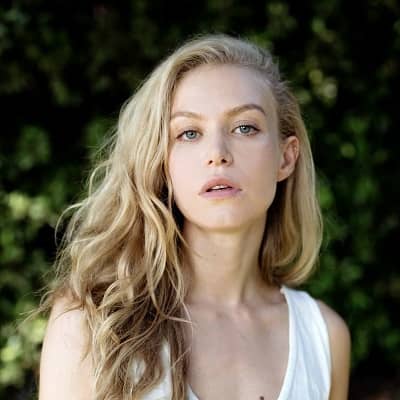 Penelope Mitchell was born in Melbourne, Victoria, on July 24, 1991. She is currently 31 years old. She was born to an Australian businessman and a French-born artist mother.

However, her parents’ names are unknown. Her sign is the lion. She spent the majority of her youth in Australia with her two elder brothers. Her cousin is Radha Mitchell. Additionally, Heather Mitchell, OBE, and Lester Mitchell, MBE, well-known agriculturalists and political campaigners, are Mitchell’s grandparents.

From the age of 4 until 16, Mitchell trained in ballet. Mitchell received an International Baccalaureate diploma and graduated in the top 1% of her class. She enrolled at Melbourne University in order to pursue a career as a lawyer. She continued to act and write for various magazines all through college. Before relocating to Los Angeles to pursue her acting career, Mitchell received her bachelor’s degree in Arts: Media Communication.

A few years prior to getting her role on Hemlock Grove, Mitchell started her acting career by performing on Australian children’s program “Toon Time.” She was also hired for the ABC (Australia) program “Next Stop Hollywood,” which followed six Australian performers, including Mitchell, as they went to Hollywood to appear in pilot auditions.

Even in an episode of the Australian police drama “Rush,” she made an appearance (2009). She made her acting debut in the 2011 short film “The Fat Lady Swings.” Mitchell also appeared in two other short films in 2012, “The Wishful” (as “Lula Doe/Princess Lula”) and “Green Eyed” (as “Sarah”). Additionally, she played Jules Freeman in the movie “6 Plots,” sometimes known as “Six Graves.”

As “Letha Godfrey” in the 2013 Netflix original series Hemlock Grove, Mitchell achieved her major break. In the same year, Mitchell also made an appearance as “Sue” in the movie “The Joe Manifesto.” also On the supernatural adolescent drama The Vampire Diaries in 2014, Mitchell was given the role of “Olivia “Liv” Parker.” In this teen drama, she also appears on a regular basis. Mitchell played Skye Williams in the movie The Fear of Darkness that same year. Mitchell made four movie appearances in 2015, one of which was in the short film “The Waiting Game.”

In a similar vein, Mitchell played Jennifer Conrad in the 2017 horror movie “Apartment 212” (also known as “Gnaw”). She played a small-town girl who moved to a major city to escape an abusive relationship and was haunted by a demon while she slept in the movie.

In the television film “The Time Capsule” in 2018, Mitchell played the part of “Lauren.” In addition, Mitchell made three movie appearances in the same year, playing the roles of Jina in “The Midwife’s Deception,” Lily in “Look Away,” and Billi in “Between Worlds.”

In the superhero movie Hell Boy, Mitchell was cast as “Ganeida the Witch” in 2019. The same-named “Dark Horse” comic book characters served as the basis for this movie. She will also appear in the remake of the movie Hellboy called Rise of the Blood Queen. In the television series “Star Trek: Picard,” she was most recently cast as Renée Picard.

After their on-screen relationship on The Vampire Diaries, Mitchell’s relationship with co-star Michael Trevino was said to be going strong (2009).

She has kept her personal and romantic life private, just like other celebrities, so there is no information on her previous relationships. Penelope is, however, not married right now. She currently doesn’t have a boyfriend.

You may also like to know about: Lyndsey Marshal

Net worth & Source of income

Penelope Mitchell is an actress, and her estimated net worth is $1.5 million. Her yearly pay is still being evaluated.

She makes the majority of her money as a TV actress. Since she started her career in the late 2000s, Mitchell has accumulated 27 acting credits from her successful career as a professional actress.