A well-known philanthropist and business counselor, Princess Beatrice. Her father Prince Andrew is the Duke of York, and her mother Sarah is the Duchess of York. She is the second female and the ninth in line to become monarch of the United Kingdom. She does not carry out duties on behalf of the Queen despite being a member of the Royal family and also presently holds the position of Vice President of Partnerships and Strategy at Afiniti.com and has a background in business.

Princess Beatrice, also known as Beatrice Elizabeth Mary, was born on August 8, 1988, in London, England, at the Portland Hospital. Her mother Sarah is the Dutchess of York, and Prince Andrew is the Duke of York.

She is also the fifth granddaughter of Prince Philip, the Duke of Edinburgh, and Queen Elizabeth II. She is the younger sister of Princess Eugenie.

Princess Beatrice is a member of the Royal family like her younger sister, Princess Eugenie, however she does not carry out tasks on behalf of the Queen and also presently holds the position of Vice President of Partnerships and Strategy at Afiniti.com and has a background in business. However, she has taken part in a number of activities over the years.

In Russia in 2002, she saw young people who were HIV-positive, and she has supported groups like “Springboard for Children” and “Teenage Cancer Trust.” In order to raise money for “Children in Crisis,” she ran the London marathon in April 2010 and finished first among members of the Royal family. At her cousin Prince William’s wedding in April 2011, her headwear garnered attention across the globe along with others.

As a result, the hat brought in £81,000 during the eBay auction, with the proceeds going to UNICEF and Children in Crisis. On April 5, 2012, she accompanied the Queen to the Royal Maundy ceremonies where she spoke with the parishioners and helped the monarch distribute the official Maundy money to the pensioners.

In November 2012, she became a patron of the York Musical Society. The nonprofit organization “Big Change,” which promotes educating young people skills outside of what is addressed in the school, was founded by Beatrice. Beatrice scaled Mount Blanc in 2012 to raise funds for “Big Change.” In 2017, she helped with the publicity for the anti-bullying book “Be Cool Be Nice.” In an interview with Vogue, she talked about her personal experiences of being made fun of for her sense of style when she was first an adult.

You may also like to know about: George Foreman

The following is a list of Princess Beatrice’s accolades and successes:

As of July 2022, Princess Beatrice has a net worth of $12 million. Her employment as a philanthropist and business consultant provides the majority of her income. She is currently Afiniti.com’s Vice President of Partnerships and Strategy and is descended from the British royal family and also has supported “Springboard for Children” and the “Teenage Cancer Trust.” Princess participated in the London Marathon to raise money for “Children in Crisis.” She also founded the charitable group Big Change.

Princess Beatrice has done a terrific job representing the royal family and inspiring us all. She continues to hold down a regular job and attends numerous Royal Family events, which just goes to show how lovely and modest she is. We hope she continues to help people as she always has and wish her the best of luck in all of her future endeavors.

In 2006, Princess Beatrice and Paolo Liuzzo had a brief romance. She then dated entrepreneur Dave Clark for 12 years, up until July 2016. In 2018, she started dating Edoardo Mapelli Mozzi, and in September of the same year, they became engaged. The ceremony will take place on May 29, 2020. 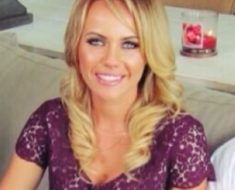