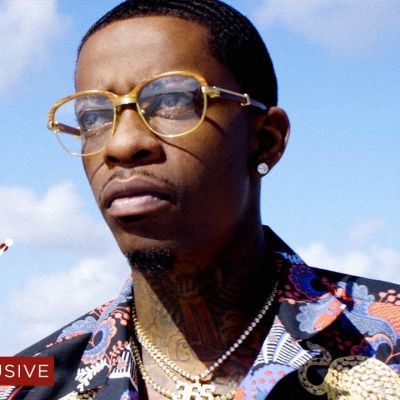 American rapper, singer, and songwriter Rich Homie Quan originally had a passion for sports but eventually switched to music. He was also incarcerated for crimes relating to burglaries.

Dequantes Devontay Lamar was born in the city of Atlanta, Georgia, on October 4, 1989. He was a student at Ronald McNair High School, where he competed in baseball for over four years. Rich Homie Quanwas also interested in reading and creative writing from an early age.

He aspired to play center field professionally and bat leadoff.

While still a freshman, he was able to obtain a scholarship for Fort Valley University and play collegiate football. However, he quickly changed his mind and began to take rapping more seriously. He took a job at an airport, but he quickly lost it. He also used drugs and committed burglary after losing his job, which led to a 15-month prison sentence.

Quan focused on music as a vocation only after being released from prison and realizing he needed to make something of his life. He later issued two mixtapes in 2012 with the names “Still Goin in” and “I Go In On Every Song.” The year following the publication of his mixtapes was when he had his breakthrough year. He was given the chance to tour with none other than Trinidad James, and he shared the stage alongside artists like Gucci Mane, 2 Chainz, and YG on a few tracks.

Under the titles “I Promise I Will Never Stop Goin In” and “Still Goin In,” he also released two other mixtapes. “Type of Way,” one of them, was recognized as the “10th Best Mixtape of 2013.” After then, he released several mixtapes that contained numerous hit singles. One of his songs, Flex (Ooh, Ooh, Ooh), was certified 2X Platinum and reached at number four on the Rap charts. A number of songs and tracks by other performers have also benefited from his contributions.

After enjoying some success in sports, Quan made the decision to give up sports in favor of rapping. Due to his popularity in music, as of July 2022, he had a net worth of $5 million. A few of his own songs have made it to the top of the charts, and he has been on tracks by other well-known rappers and vocalists.

Quan was one of the well-known individuals who had veered off the path of righteousness but ultimately returned. He was able to do something major for himself after realizing that he was not living his life to the utmost. He currently has a loyal following and is well-known in the music business.

His children are his three boys. In May of this year, he was taken into custody once more on drug-related and felony-related charges. According to the authorities, marijuana, heroin, and other goods were discovered inside the car.