A former Olympic Trials swimmer didn’t want to stop his growth, so he revealed another side of himself that bloomed on the reality stage. Robby Hayes, the runner-up on The Bachelorette’s 12th season, is coming up with fresh ways to make the news.

Ladies, strap your seat belts because you’re in for a roller coaster trip with the Florida native’s deadly combination of a wide smile, blue eyes, and an attractive physique.

Robby Hayes graduated from Florida State University and works at Myrtha Pools USA as a sales manager. He was a trained and competitive swimmer in college and competed in the US Olympic Trials in 2012. Robby, 29, was a member of the Florida State swim team from 2007 to 2011, during which time he set four school records in the 200-yard freestyle.

In 2016, the former swimmer participated on The Bachelorette with Joelle “JoJo” Fletcher. He is presently doing his Masters in Finance at the University of Miami. Robby came in second place on the show, which aired on May 23, 2016. Despite the fact that Jordan Rodgers took home JoJo Fletcher’s last rose, the former swimmer received much-deserved attention, and his stock as a reality star increased.

In 2017, the runner-up, who got a modeling contract with Wilhelmina, will star with Amanda and Raven Gates in Warner Bros. Bachelor in Paradise.

Robby Hayes Has Been Seen Kissing!

On July 25th, the hunk who captivated viewers during the show was caught holding hands with none other than former Bachelor candidate Amanda Stanton in Los Angeles. After a series of snafus from Warner Bros., Robby and Amanda are slated to star in 2017 Bachelor in Paradise, which premieres on August 14th.

Amanda Buonfiglio, a former Bachelor contestant, is a single mother to two children with her ex-husband Nick Buonfiglio, Kinsley and Charlie Buonfiglio. The reality star is engaged to Josh Murray, but the couple had a public breakup, with Josh threatening to sue Amanda and her friends for attempting to smear his reputation.

Amanda, on the other hand, has discovered blossoming romance in Robby’s arms. The duo is also not shy about stoking rumors, as they have been sighted together in numerous locations. Robby and Amanda accompanied their co-star Raven to her birthday celebration on July 23rd and have been devoted to each other ever since.
Unfortunately, Robby and his fiancée, Amanda, have broken up, but the exact date of their breakup is uncertain. The couple’s relationship did not work out. Amanda accused him of cheating on her, but Robby refuted the accusation. However, on September 11, 2017, she provided proof to him by sharing the evidence to Twitter.

Even though the pair is no longer together, the drama continues. Amanda made fun of her ex-boyfriend in a tweet on April 11, 2018, alleging that her ex-boyfriend emailed her to update her card information after her ex-annual boyfriend’s pass to Disneyland was refused. Robby reacted to the tweet with a screenshot that indicated that he wasn’t asking her to pay for the Disney pass, but rather to inform her of the issue.

Robby’s violent romance with Amanda has had a disastrous impact on his day-to-day life. On Monday, September 10th, 2018, Robby joined the Bachelor in Paradise cast. However, Amanda’s accusation of being a cheater had threatened to derail his hopes of finding the love of his life. Fortunately, Shushanna Mkrtchyan, one of his female co-stars, decided to give him an opportunity to show himself. He went on to say that he had never cheated on his ex-girlfriend.

Robby had an affair with a former girlfriend!

The runner-up is no stranger to dating, having spent four years with Hope Higginbotham before calling it quits. He opted to split up with Higginbotham in order to focus on The Bachelor.

The attractive hunk possesses the necessary charisma and personality to entice the girls. And deciphering his previous relationships and rumors with Amanda Stanton reveals that he is straight, not gay.

As previously reported, Robby, the star of The Bachelorette and Bachelor in Paradise, appears to have taken his friendship with Juliette Porter, the star of Siesta Key, to the next level. The pair, who have been friends for a long time, are said to have started dating in May of this year.

Juliette Porter posted a loving photo with Robby with the backdrop of Siesta Key, Florida on May 14, 2019. Their kissing photo sparked a flurry of rumors and speculation about their prospective love relationship.

Despite the rumors, some reports claim that the couple has been dating for a few months; nevertheless, neither of the celebrities has confirmed their relationship or love affairs. Hayes, like Porter and Siesta Key‘s Kelsey Owens, had uploaded a group photo with Porter and Siesta Key‘s Kelsey Owens the day before their kissing photos surfaced on Instagram, where he claimed they would shine like sunshine.

Robby was born on January 5, 1989, in Jacksonville, Florida, according to wiki sources. Robby Hayes is the son of Robert and Holly Hayes. The 30-year-old hunk grew up in a large family with five siblings, and as the oldest, he handled his responsibilities with ease.

The hunk, who stated that his father is the most influential person in his life, stands at a towering 6 feet and 1 inch tall. To complement his height, the former swimmer works out at the gym and has six-pack abs. The competitive swimmer is of African-American descent. 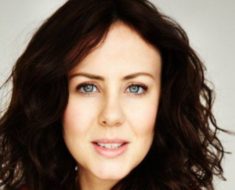 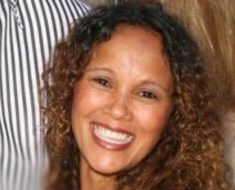 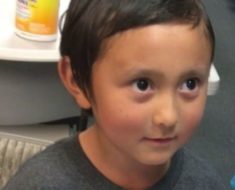 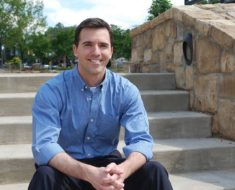 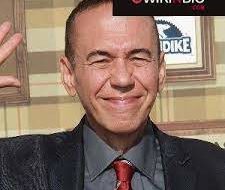