Who is Shauna Redford?

Shauna Jean Redford was born on 15 November 1960, in the United States of America, and is a painter, but probably better known for being the daughter of retired actor Robert Redford. Her father rose to fame during the 1960s, and had a prolific career filled with film hits from the ‘60s up to the early-2010s.

The Riches of Shauna Redford

As of early-2020, Shauna Redford’s net worth is estimated to be over $2 million, earned through a successful career in painting. While many expected her to follow in the footsteps of her father, she opted to go her own way, following her passion for visual arts which she excelled in, helping her gain wealth.

She probably benefits from the success of her father as well, as Robert has a net worth estimated to be over $170 million, thanks to a long and successful career in the film industry.

Shauna is the daughter of Robert from his first marriage to historian Lola Van Wagenen. The two stayed together from 1958 to 1985, and produced three children before divorcing. She grew up with a lot of luxury afforded to her thanks to her father’s wealth, but life was relatively normal as the children were kept out of the spotlight, and encouraged to pursue their own dreams.

They were four siblings, but the youngest, Scott passed away when just three months old due to the sudden infant death syndrome. The syndrome is as the name denotes, the sudden death of a baby without any explanation; the cause is yet to be identified though it does happen rarely. Eventually, Shauna discovered a passion for the arts, particularly painting, which she followed with her studies.

While Shauna stayed away from media attention, many eyes turned towards her during college, when she became involved in a murder investigation.

The victim was her boyfriend at college, a man named Sid Wells whom she was classmates with at the University of Colorado. The two had been together for three years, until in 1983 he was discovered dead, shot in the head at his home, a condominium near the university by his brother, who became a murder suspect for some time. The case remains unresolved though many believe that it was his roommate who pulled the trigger. The lack of evidence, however, means that the authorities couldn’t charge him.

Shauna was grief-stricken for a long period, and couldn’t function properly, including studying, and ultimately ended up dropping out of college.

She and her father appeared during Wells funeral. She was eventually able to move on, and focused on her painting career. She’s had a bit of success, though the media doesn’t track her actions so much compared to her father. She continues to appear publicly but attention on her lessened, especially after her father retired.

Robert Redford was born in 1936 in Santa Monica, California where he grew up, the son of an accountant. His parents later separated and his father remarried, leading him to grow up with a stepmother. He stayed with his father as they moved to Van Nuys where he didn’t fare well in academic studies, preferring anything that had to do with sports or arts.

After matriculating from high school, he nevertheless enrolled at the University of Colorado, Boulder where he also worked briefly at one of the restaurants on campus. However, due to drinking problems, he was kicked out of school.

In the following years he traveled across Europe, learning more about culture as he was trying to find direction. On his return to the US he studied painting, and eventually came to know acting and took lessons at the American Academy of Dramatic Arts. In the 1960s, he began his career on stage, appearing in several Broadway productions in support roles.

In 1963, he gained a bit of attention for his work in “Barefoot with the Park”, which opened the way for television roles – some of his work during this period includes “Perry Mason”, “The Untouchables”, “Alfred Hitchcock Presents”, and “The Twilight Zone”.

The Success of Robert Redford

In 1962, Redford made his film debut in “War Hunt”, and three years after that, he appeared in the film “Inside Daisy Clover”, which established him as a film star, as he won the Golden Globe Award for Best New Star, and then continued a streak of successful films. In 1969, he broke through and became internationally acclaimed thanks to his role in “Butch Cassidy and the Sundance Kid” with Paul Newman.

Other notable films he worked on include “Jeremiah Johnson”, “The Way We Were” and “All the President’s Men”, which was one of his most notable roles.

Many believe that his most successful film is “The Sting”, again co-starring with Paul Newman as well as Robert Shaw, which won 10 Academy Awards and is considered one of the best films of all time. In 1980 he forayed into directing, and his debut “Ordinary People” won four Academy Awards, establishing him as not only a star actor but a star director as well. He’s won numerous awards over the few directorial pieces he worked on, including “Brubaker”, “Out of Africa”, “A River Runs Through It”, and “Quiz Show”.

He has been named as one of the most influential people in the world, and helped inspire numerous actors and directors who would find their start in independent films, much like he did.

Shauna later met and started a relationship with Eric Schlosser, who is an author, professor, and producer. He is known for his work on the book “Fast Food Nation”. They married in 1985 and they have two children together. The family often posts a few photos online, though she has remained out of the spotlight. She remains close to both her parents, even as they all live very different lives. To avoid any attention, she doesn’t have any public online accounts. 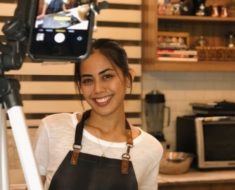 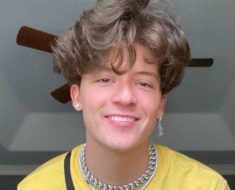 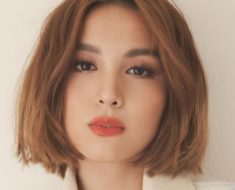 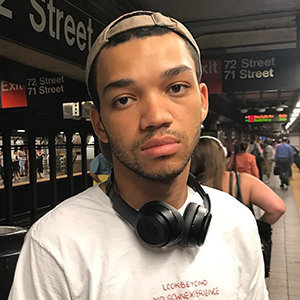 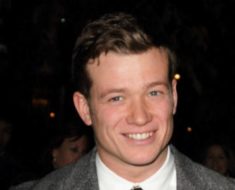