Safety is an essential factor one must consider in living in a particular place. There are many secure spots to live in Africa. These places are considered safe because of the measures put in place to curb the level of crime and insecurity.

In this post, we listed 10 African countries that are safe and secure to live and travel to in this 2021

List of Top Ten Most Safe Countries in Africa

Africa is the second largest continent in the world. It has many countries, which are safer to live in or travel to. Below are 10 of the most secure countries in Africa to travel or live in:

Rwanda is one the most safe country in the African continent. It is located in the southern part of the country. The level of security put in place in Rwanda made them to be ranked in 2017 as the ninth most secure country in the world. Rwanda at present has the impact of a strong secure record for residents, visitors and tourists to the country. Their capital city, Kigali has good security network to ensure the safety of its occupants.

This is another safe country in the continent, and is a multicultural nation where individuals live cheerfully with negligible concern about the security. This is because there is a proactive concern by the government in seeing to the safety of its citizens. Mauritius with it many sea shore resorts, beaches and as while wild-life safari is a popular destination where millions of visitors and tourists troop in. The country’s capital city, Port Louis is a rich urban centre where most of the residents have what to do and hence the crime rate becomes low.

Seychelles is a small and beautiful island is one of the most secure country to live in Africa. This country is popular specifically for the beautiful beaches and the serenity of the place. Visitors and tourists always take the advantage of the safety of the country, to visit their beaches and travel round the fascinating island.

Though a considerate area of Namibia is covered with deserts, there is a wild-life safari in the country which drives more people to visit the country. Namibia is a mainstream for epic excursions, wild safaris and sporting encounters from sky diving, quad biking and mountain sports. These social activities in the country brings in millions of people to experience the country. This prompts the Namibian government to set up security apparatus to ensure the safety of all and sundry in the country.

Complementing the safety of people in Namibia, Swakopmund the capital city is seen as one of the most secured city in Africa because of the efforts put in this. Also, the crime percentage of the country is low, and this attracts people from all over the world to visit this African country.

Botswana is a popular country known for it wild-life and game reserve. This has prompt the East African country to have Safari services for the lots of ardent admirers always trooping in to the country. As they always visit the country, it’s uncommon for tourists or visitors to encounter crime related issues in Botswana. This is to a great extent because of the working security apparatus put in place, adding with the political stability of the nation.

Ethiopia is an ancient country and houses the headquaters of the Organisation of African Union (OAU), which is in Addis Ababa, the capital city. The city has a low crime rate and some safety threats are uncommon in the city. This reason has made the city as well as the country a safe haven in Africa. In spite of the fact that Ethiopia was related with food insufficiency for some time ago, in some areas of the country, the East African country is presently steady and has set up much better degrees of food security to augment the safety measures.

Ethiopia’s economic development has been strengthen since 2007. Also interesting to note, is that this country has the most airports than any other in Africa, and this has been one of that safety factor that attracts people to Ethiopia for visit and business.

Zambia is an African country popular for her wild life resources. This country is also considered a secure country to do business in, due to the measures put in place by the government. These two factors has prompted tourists, foreigners and visitors to take a travel to the East African country.

The Zambian government has reinstated its efforts to make the country more safer, especially the critical points or towns. Lusaka and Livingstone cities has witness a low crime rate over the years. This was made possible by the authorities as they put all security operatives in place to ensure the safety of the city and to a large extent, the whole country.

Located in the northern region of the continent, Morocco has a good record of being safe to do business in, and such prioritise the safety and security of its citizens and visitors in the country. Though the country is located in a region kown for crises and terrorist activities, they have been unaffected by these disturbances.

Much is credited to the stable political system in Morroco. In terms of security and the safety of Morroco occupants, the steady government and absence of contention inside the nation helps keep crime to a low level. Aditionally, the people of Morroco are also involved in this, as it’s to the residents’ advantage to ensure the security of all in the country.

Kenya is a popular African country. Located in the Eastern part of the continent, it is widely known for its safari wild life. This wild life has brought more tourists to the country, and which necessitates the need for the safety of the country. Kenya has been in the features throughout the years for political clash or terrorist issues along the coast, but despite these fact the nation is generally alright for the million of visitors it gets every year, mostly for their wild-life conservation. Safari business is most prominent in Africa especially in the eastern regions.

The reduced crime rate in Kenya is one of the positively influencing factor to visitors, as seen, even inside urban centres. For example, in Nairobi, threats to safety isn’t an issue for most people. This is through what is in place by the authorities in Kenya to safeguard its citizens. The need for security in the country became consequential because of the feud from terrorists crises in neighbouring Somalia, which henceforth keep the security of the country in question. The Kenyan government has put measures in place to ensure the security of its citizens.

Lesotho is a small country that is land-bolted inside South Africa. If it is for land size, Lesotho would have not make the list, but that aside, the country is one of the safest in Africa. This country is a lovely place to visit with crime rate being very uncommon. The urban centres and cities are very protected with security measures in place to safeguard residents as well as visitors. Nevertheless, this does not resist the fact that cautiousness must be done by all to ensure a positive resultant effect on the security in the country.

This ten most secured African countries according to our findings also had their fair share of civil wars, crimes and tensions in the past, but through the efforts of the government and security operatives,  these vices has been reduced to its bearest minimum. However, more would have make the list from the 54 countries in the continent, but we outlined these top ones so as to know which is the safest. 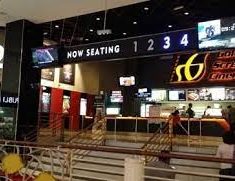 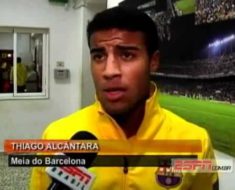