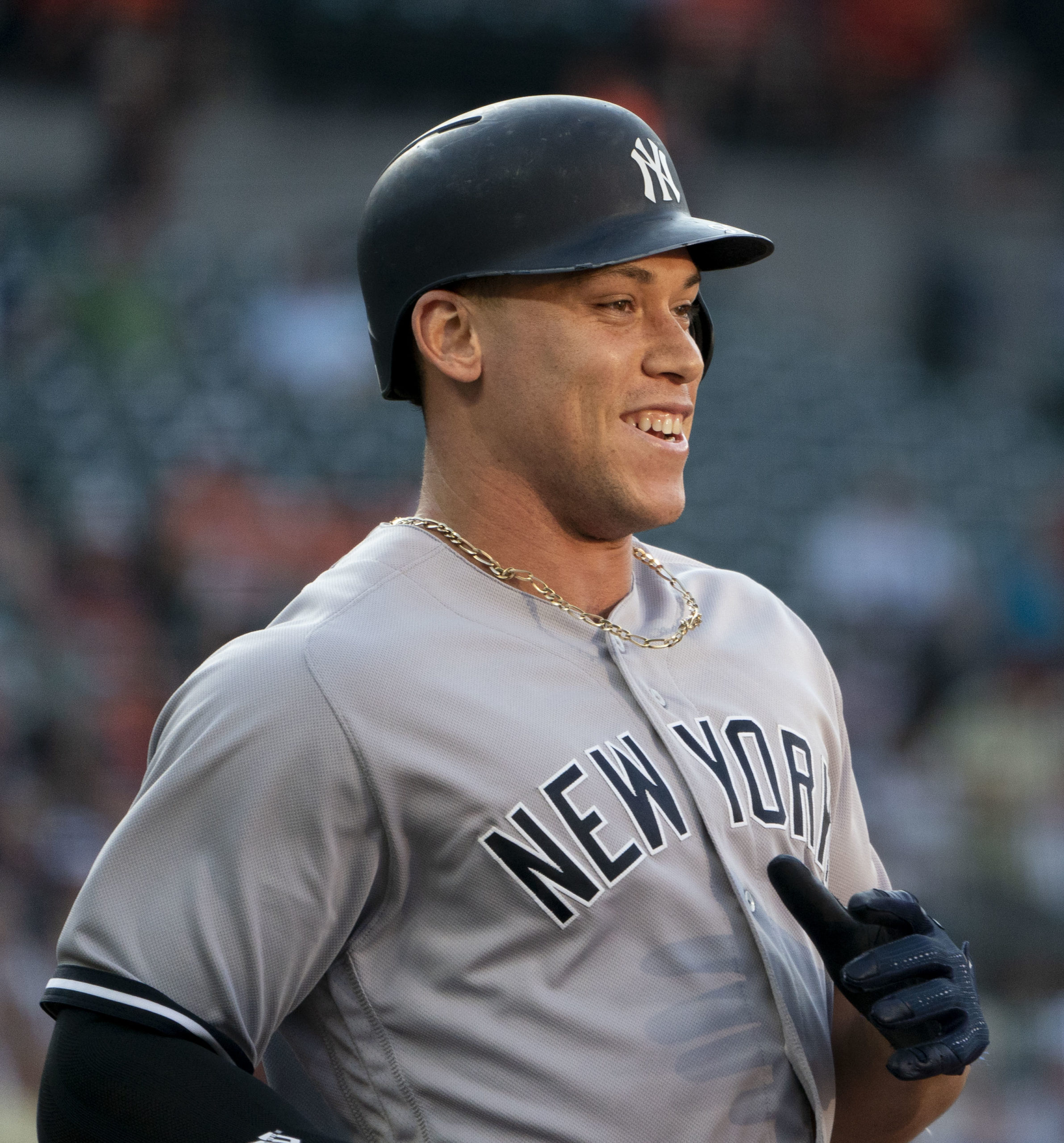 Aaron Judge is an American professional baseball player who has played, as an outfielder, for the New York Yankees (2016–Present) in Major League Baseball (MLB).

Who are Aaron Judge Parents?

Aaron Judge, real name Aaron James Judge, was born on April 26, 1992. He is a notable baseball outfielder who is 30 years old and has been playing for the New York Yankees since August 13, 2016.

Aaron Judge’s popularity has increased significantly since he hit his 60th home run of the season on September 20, tying Babe Ruth’s record. With this biggest hit, Judge joined Roger Maris in baseball history. However, about an hour later, the New York Yankees slugger celebrated hitting his 60th home run of his outstanding 2022 season.

Aaron broke the single-season American League record on Tuesday by launching his 62nd home run at Globe Life Field in a game against the Texas Rangers.

Patty Judge and Wayne Judge Journey are the parents of Aaron Judge,

Aaron Judge’s mother, Patty Judge, has attended each Yankees game since her son hit his 59th home run on September 18, according to Cbssports. For this final regular-season series, she flew from Yankee Stadium to Toronto, back to Yankee Stadium, and then to Texas. His mother was awestruck when he hit his 62nd home run on Tuesday.

Let me share some information about Aaron’s mother, Patty Jacob Judge, aka Patty Judge. Patty spent the majority of her life in Stockton and Linden, California, and she traveled across the country frequently with her family. During this time, she developed an interest in sports like volleyball, basketball, and softball. In her senior year at Franklin High School, Patty was named Female Athlete of the Year.

Patty moved back to her native Stockton after graduating from Fresno State University with a BA in physical education in the fall of 1975. It was at this time that she met and wed Wayne Judge, who was also majoring in physical education. Aaron James joined the family seven years after Wayne & Patty adopted John Jacob, but up until the age of 10 or 11, Aaron was unaware that he had been adopted until his parents told him one day.

Although he is not shocked to learn this, he is pleased of Aaron’s parents, Patty and Wayne, who gave up everything for him by enrolling Aaron in baseball when he was little and taking him to football training camps, basketball games, and other events.

Judge has the biggest body mass of any position player in MLB history and towers over the opposition at 6’7″ and 282 pounds. Just ask David Ortiz of the Red Sox, who said, “Look at Judge. Observe him. Man, that’s scary. The most terrifying thing I’ve ever seen is that.

Aaron began his career playing baseball for his high school team while still in high school. He then participated in the Western Athletic Conference for the Fresno State Bulldogs baseball team, won the tournament, and earned a spot in the 2011 NCAA Division I Baseball Tournament. The TD Ameritrade College Home Run Derby was won by him in 2012.

After that, he participated in other college baseball competitions. He began his professional baseball career in 2012 after being chosen by the New York Yankees with the 32nd overall choice in the first round of the MLB Draft. He made his professional debut in 2014 with the Class A South Atlantic League’s Charleston RiverDogs. He received a non-roster player invitation to spring training in 2015.

Around $20 million is thought to be Aaron Judge’s net worth. He is a well-known American baseball player that achieved a lot throughout his career and broke several records. He makes a respectable salary of $19 million from his baseball career and also inked a contract with the New York Yankees in 2013 that included a $1.8 million signing bonus. Additionally, he receives compensation for endorsing popular brands like Under Armour, Pepsi, Adidas, etc.